Home Uncategorized So, Christmas happened.
Uncategorized
Since I haven’t been great at blogging or posting pictures, I thought I’d give an obligatory post that has both.  This will mainly be for my extended family that doesn’t check facebook and the stalkers–some of you fall into both categories.
This is the best family shot of the season.  Soon I will have an annual series of Christmas Eve shots when Sydney is so tired she is sucking on her fingers.  I know for sure this is #2. 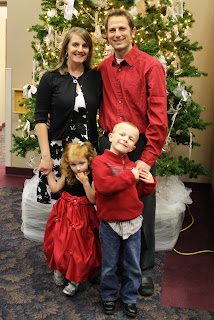 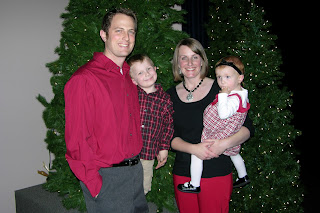 But anyway, back to the 2011 play by play: on Christmas Eve, we spent the day with my family.  The girl cousins are getting to a fun age (3 and 2) where they can play together and enjoy each other’s company. 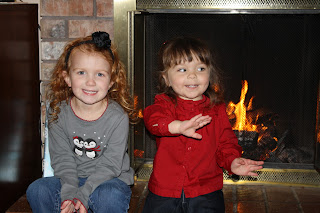 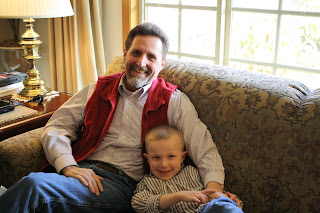 I’m kind of in love with this picture of my daughter  She’s patiently waiting for presents. 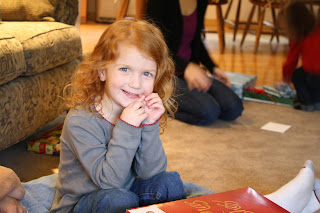 Fun fact about my parents: they LOVE movies.  They love collecting DVD’s and they actually WATCH them.  Each year they like to give each other DVD’s and instead of writing the actual to/from, they use that as a clue for what movie is inside.  For instance, it might say “To: Elizabeth,  From: Mr. Darcy” but that would be WAY too amateur for them.  Now they mix characters and actors and really make it tricky.  I love it.  This is my mom trying to figure it out: 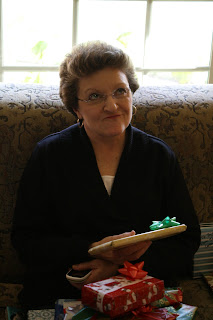 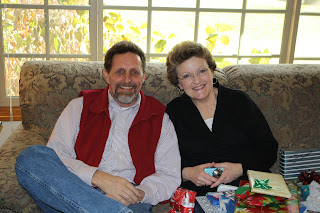 Aw, look at those two adorkables.  And HALLELUJAH for a new DVD player!  The one we have now was free from Trent’s work as a 5 year gift.  It gets overheated after being on for 75 minutes, which turns out is a very inconvenient time in most movies for your DVD player to stop working. 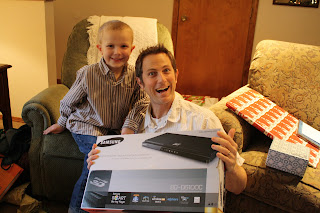 This is my brother, Mike, and his son, Jack.  Really, you think they look alike?  Huh.  I just don’t see it. 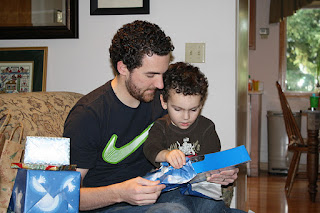 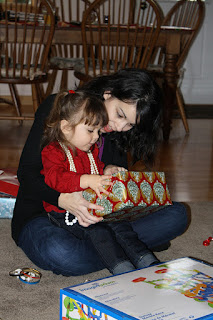 We had our own Christmas morning together, and even had a few gifts for Asher.  Again, probably due to denial and busy-ness, but I was able to mostly keep the sadness in check.  Only got teary a few times about not having him here.  But as far as pictures from our morning…none turned out very well, so I’ll skip ahead to Christmas morning at my in-laws.  Before church, the aunties let the kids open a couple stocking gifts.  This turned out to be a brilliant plan.  Sydney received a fancy black purse AND a bag of “real” make-up.  Fortunately “real” means that it is not plastic, but it also means that it does not show up at all on skin.  She. Was. Obsessed. 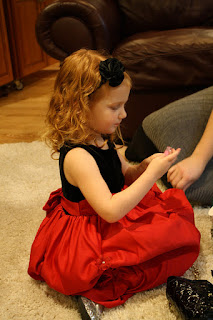 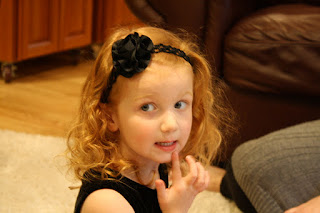 Syd took her make up in her new purse to church and it successfully distracted her for much of the service.  She was very seriously doing her own make up and generously offering to do mine, Michelle’s and Carson’s.  The bag came with a little stamp and even though it had no ink, she walked down the aisle stamping the backs of all of our hands. 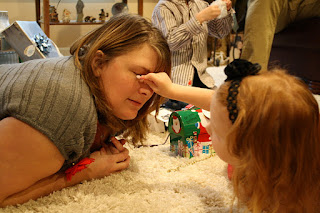 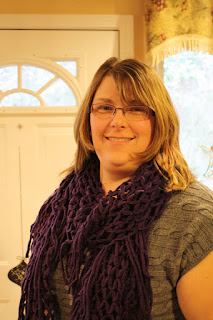 This is Uncle Chad, working his musical magic on the mini guitar.  I just want to say the reason I have no pictures of Auntie Tara is that she had just worked an all night shift and was understandably not in the mood to be photographed.  She was doing well just to be physically present. 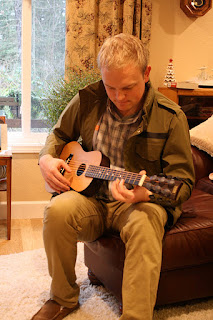 More Auntie love!  This is the adored Aunt Jess (married to Uncle Chad). 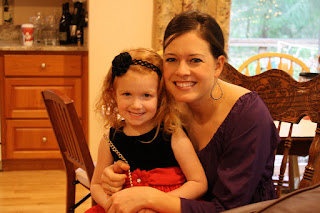 What six year old boy doesn’t need Spy Glasses?  The edges of the lenses are mirrors, so you can see behind you! 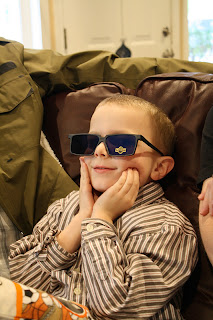 These are my wonderful in-laws! 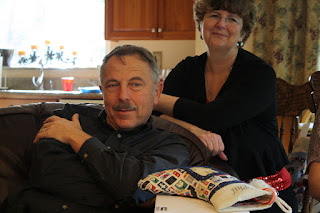 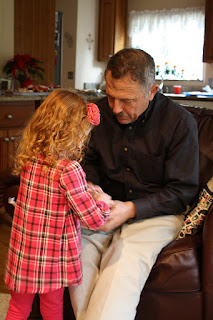 This was a funny and memorable moment.  Carson has been asking–no, begging!–for a set of drums.  Michelle and Tara got them for him, but didn’t put his name on the box.  It was the last gift to be opened, and they handed it to Chad as though it was for him.  Chad played the part well and was ECSTATIC about his new drums!  Carson handled the competition well and fought for his precious drums!  “No!  They’re for ME!  They have to be for ME!” 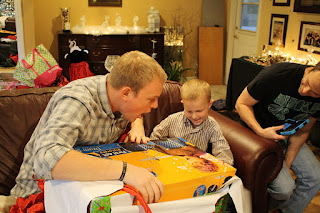 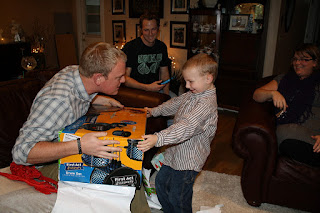 He emerged victorious, and we stocked up on ear plugs and Excedrin.

I hope your Christmas was blessed as well!
© Copyright Jen Tompkins 2023. Theme by Bluchic.