Home Uncategorized LONG Snow Post
Uncategorized
Fun times around here! And a play-by-play for the rest of you. Yesterday we watched Wall-E and had popcorn after naptime. There had been a little bit of snow, but nothing serious. 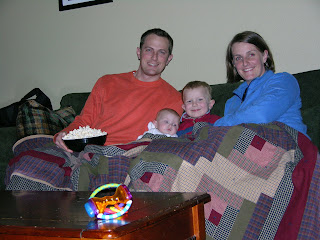 Then around 4pm, the flakes starting coming down harder, so we ventured outside to check it out. 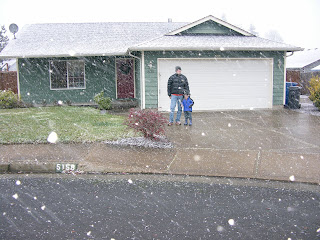 By 6pm we had a really good layer of snow, the first of this year, so we had to go and play a bit, even though it was dark. 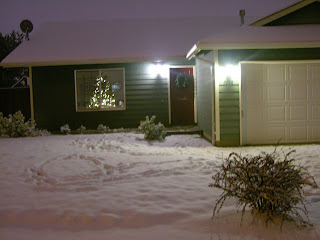 Then, this morning, the sun came up and the snow was still there! Nothing makes you feel like a kid again the same way a snow day does…except when you still have to try to go to work. But it was really icy out. Fortunately, Trent’s boss told him not to try to come to work in our wimpy little cars. (Pretty much every single patient cancelled anyway.) Yeah! Last night Trent got to play, so this morning I wanted to play with Carson.
*
This may be my favorite pic from the snowday. Here we are sporting our snow bibs. My good snow clothes are still loaned out to a friend, but these are hand-me-downs from Eric, and Carson’s are from last year–thus the capri-pant-style! I think his expression is priceless! 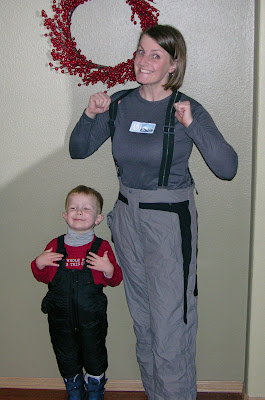 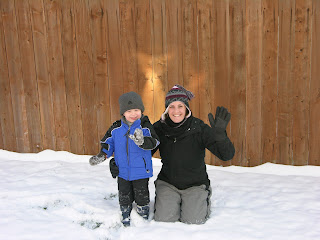 Showing Carson how to throw a snowball at Daddy. 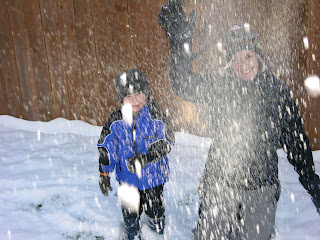 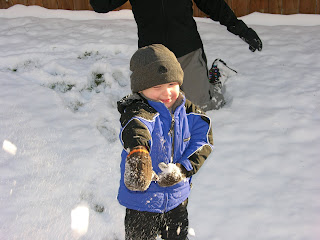 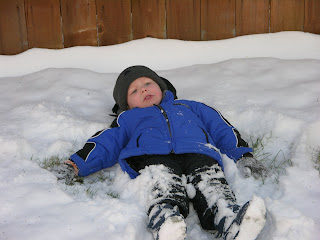 There were some tears. 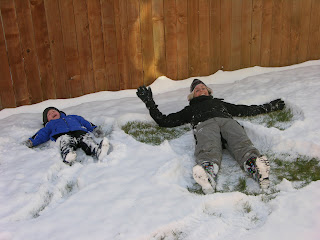 But he got over it and tried the snow slide. 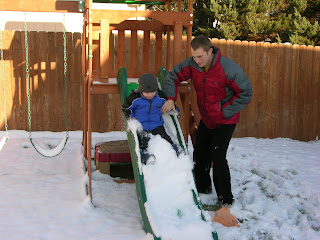 And Mr. GQ posing on the deck in his sweat pants! 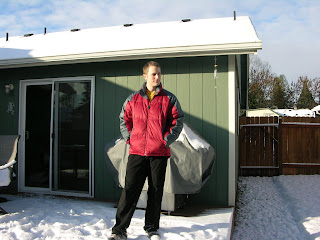 Don’t worry. It was a clean patch. 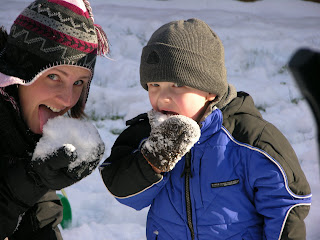 Me trying to be artsy fartsy with my photos. After I tried a few of these, I noticed the owners of the house next door watching me skeptically through the kitchen window, which is about five feet from the lense. I swear! I’m just shooting the fence! I’m not a peeping tom!

Snow brings out the attention span like nothing else. 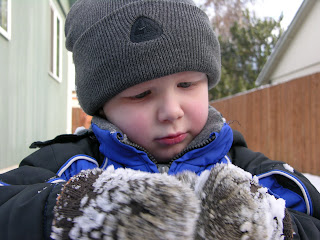 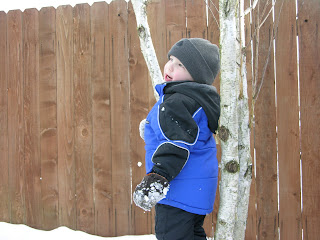 Cutie patootie in Daddy’s hat and a coat I bought on eBay for 99 cents. I KID YOU NOT! The shipping was $10, but totally worth it. 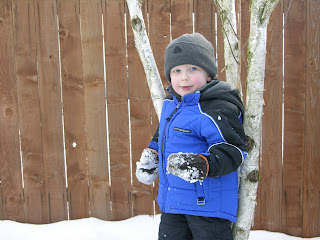 There. Now those of you who don’t like in the Portland/Salem area can live vicariously through our winter wonderland!
© Copyright Jen Tompkins 2023. Theme by Bluchic.