Home Uncategorized Here we go, campers!
Uncategorized
No, I have not given up blogging.  My current life situation does not lend itself to blogging time or the mental capacity to formulate thoughts.  Or the luxury of going to the bathroom without an audience.  So this will not be a state of the family update about all things Asher and adoption and attachment.  But it will have lots of cute pictures!
*
We went on our annual 4th of July campout with my side of the family a couple weeks ago.  We had amazing weather up on the mountain and Asher had a great time!  First camping trip: success. I was so pleased that he did so well and didn’t seem bothered at all by being away from home.  in fact, he loved it.  And by “it” I mean the dirt.  If I had to name this weekend, I would name it “Embrace the filth.”  It was also nice to have so many other adults around to keep some extra eyes out for this boy who is quick and stealth in his ability to escape or get into trouble.  Super handy when there’s a fire around several hours of the day.  He slept in a pack & play in our (new, bigger) tent and (with the help of a sleep aid) he slept like a champ!  So, in lieu of a proper update, please accept these pictures as my offering of compromise:
*
Uncle Mike has a special camping guitar that was all the rage. 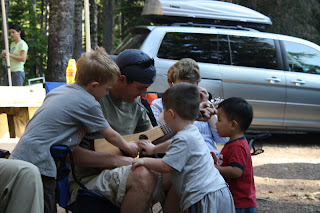 Asher was very curious about the music. 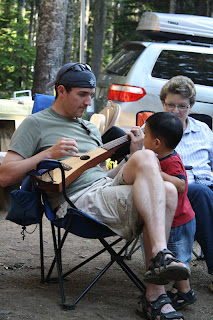 But even more curious about the CAMPFIRE! 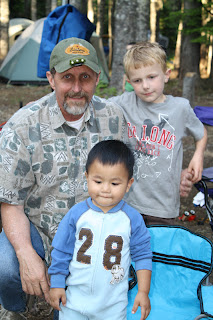 He was really focused on that fire the first night.  It was the longest he sat still for the entire 3 days. 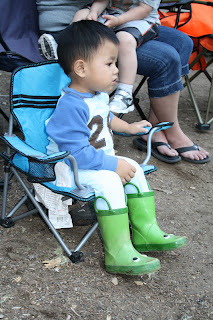 The tummy bug that Syd had on the fourth of July stayed through until the campout.  🙁 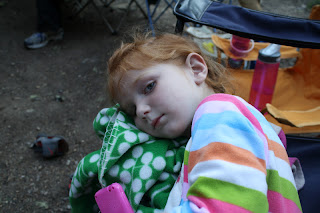 Our new wagon was a HIT!  It got tons of use this weekend.  As you can see, Asher likes being pulled fast.  I mean, kind of likes it.  Just a little. 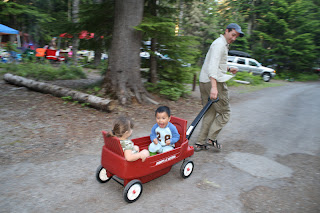 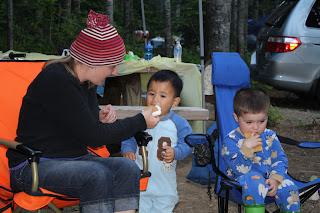 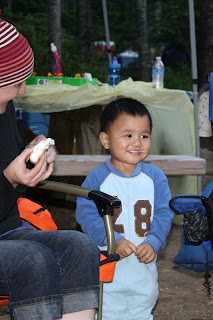 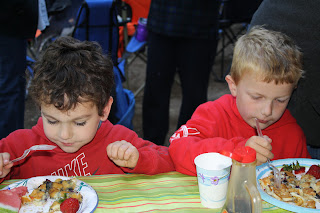 We brought some games to play for entertainment this year.  They were kind of in the genre of “minute to win it” if you’ve seen that show.  This game involved putting Vaseline on your nose and moving the cotton ball from the plate to…off of the plate. 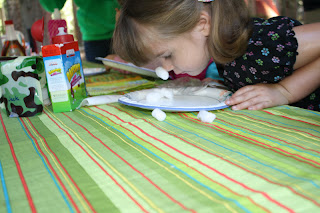 This is my nephew Jack again, and ever since he was born, his eyelashes have been long and lush and melt my heart.  🙂 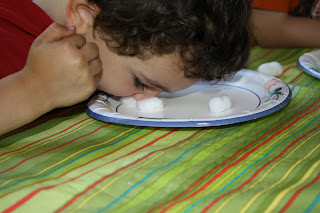 This is a game where you move paper bags using only your teeth! 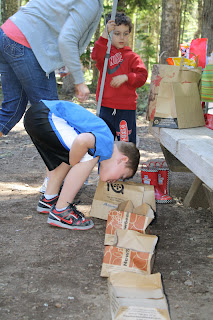 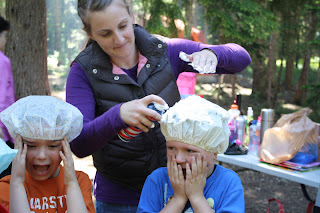 Then we threw cheeze puffs at their heads! 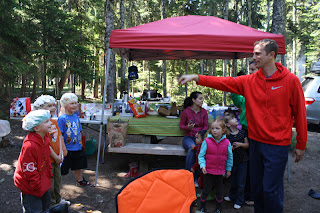 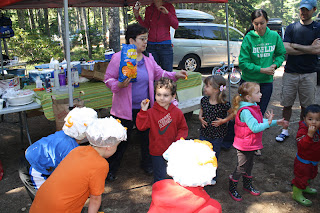 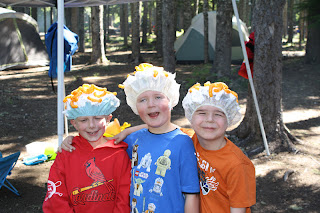 This is a great concentration shot. 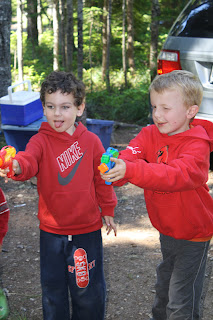 They are shooting water guns at ping pong balls set on golf tees. 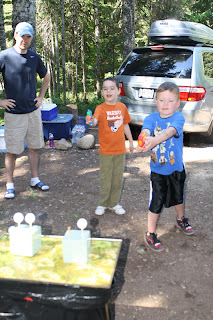 This picture makes me laugh so hard, b/c Abby stopped trying to play the game and just entertained herself by shooting at Sydney.  🙂 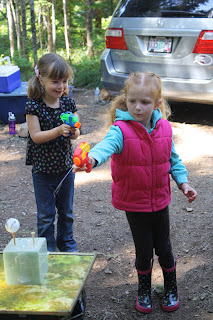 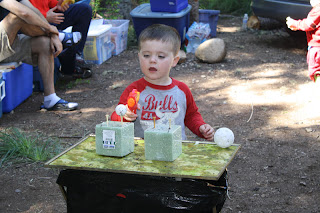 It was a beautiful day on Frog Lake!  And fortunately the lake is only about 2.5 feet deep for at least 50 yards out!  Makes for an easy rafting trip for the dads and the kids. ﻿ 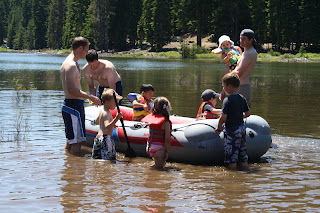 I LOVE this pic of these girls!  Abby and Sydney.  They are both 4 years old. 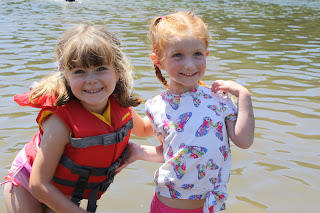 For some reason, Kaitlyn’s desire to float and keep floating was just cracking me up!  She was content to float around and have us push her and spin her around.  Ha!  So cute. 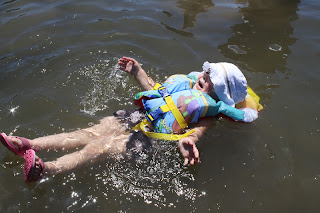 This is classic, confident Carson.  Love it!  6 years, 9 months old.  Skinny as the day is long.  I swear I feed him. 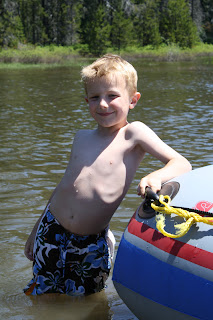 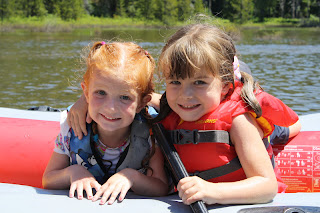 Believe it or not, all of these pics were from the first 24 hours of the trip.  This next pic is the last one I took before my camera died.  It is a great shot of our little man to represent a great weekend.  So glad that this memory will be a good one for all of us!  And also?  I’m 99% sure Asher is pooping in this picture.  ﻿ 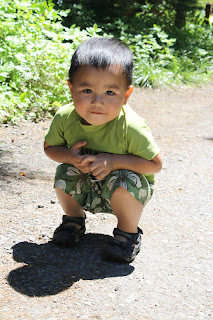