Home Uncategorized Park Passports
Uncategorized
I am not one of those moms who has tons of fun plans for the summer. In fact, I have hardly any. But I knew I needed to get started on some sort of agenda to keep us from going insane at home. I read about an idea in a magazine, and I stole it. It’s called the “Park Passport.” Every Tuesday, we’re going to a different park around town. I’ll take pictures, and as soon as we get home, Carson (with some help from me and Sydney) will review the park and its features, then give it a rating. This was our first venture! The park got 4 out of 5 stars. I took one star away automatically for not having any restrooms. 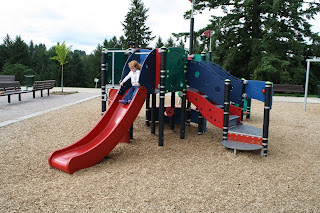 Carson took the star away because there was no big slide for older kids. Yes, this was definitely not your mother’s play structure. 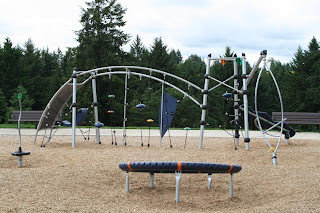 This park gives me the impression of an architect who was bucking the system. 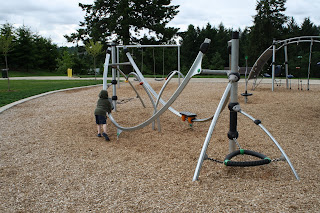 The boys had fun in this little spinning bucket (And I gave it a try! Somehow no photos of that experiment have survived.) But later our friend Cason got going too fast and was a little worse for wear. 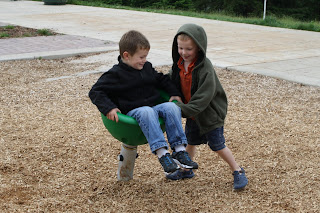 What is this? I do not know. But it provided some fun moments. 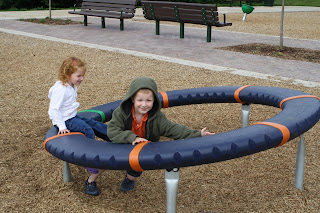 After the fact, we learned that this little skateboard thingy can slice your fingers. Good to know! 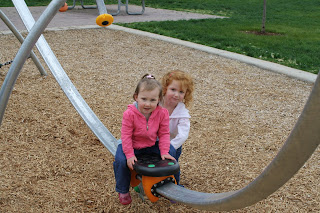 Then the next day, we had an unplanned park visit when we went north to meet up with the cousins and “cousins.” I noticed that I take more pictures of girls than boys. So much for gender equality. But also? They hold still more often. But not always: 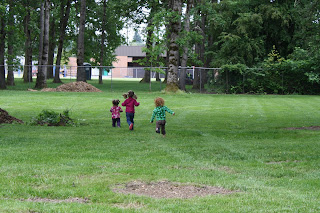 I know I say it a lot, but Sydney is ENAMORED of her younger cousin! This girl will be 16 and Syd will still call her Baby Kaitlyn. The aunties were reminding me that this is good! She’s ready for a little brother or sister! 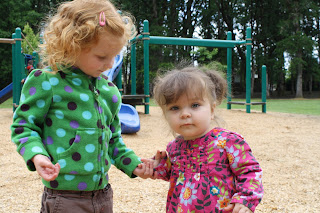 You have no idea what IDIOTS Steph and I were making of ourselves (OK, especially Steph) to try to get Kaitlyn to smile. We were calling her Stonewall Kaitlyn. This was what we got: 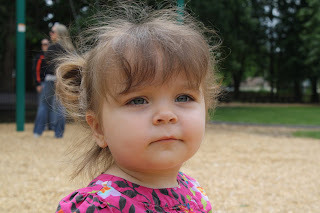 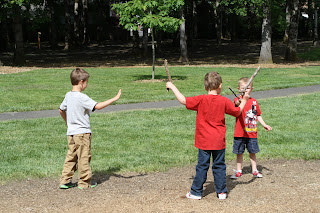 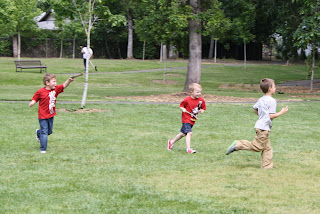 ….and ran some more. 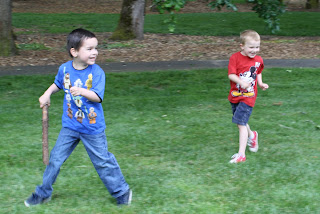 I cannot tell you how many pictures I took of my nephew, Jack! This kid NEVER. STOPS. (Moving or talking.) I finally got one of his face, even though it’s shaded by his sweet Nike hat. He is so stinkin’ adorable! 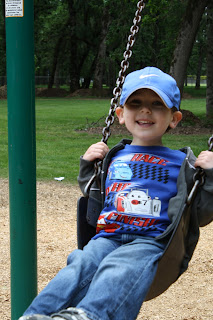 Aaaand, just in time for her birthday next week, a new pic of my photogenic middle child. I remember when we were newlyweds, a slightly older couple befriended us and had us over to dinner a few times. They had an adorable little redhead preschool daughter. Trent said she was so cute–I bet they have a hard time disciplining her. Her dad just smiled and said: “Not really.” Hahaha! Oh, this little angel has some tricks up her sleeve, let me tell you. 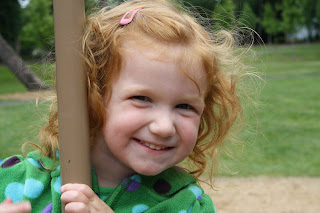