Home Uncategorized Brazenlilly’s Movie Reviews
Uncategorized
So, a few weeks ago on Wendy’s blog, she awarded me as one of her Irresistibly Sweet blogs. Such an honor! Which I have not lived up to, what with me hardly blogging lately. Plus, I never followed through on the honor, which included listing 5 guilty pleasures and 5 fave blogs. (Of course, when Wendy did hers, she was stuck at home for eleventeen days in a ginormous blizzard, and had a bit of time on her hands. I’m just sayin.) But I have guilty pleasure to reveal today.
See, on Wednesday, my MIL and SILs took the kids for the night and I saw 2 movies–IN A THEATER in one day. When I realized how giddy this made me, I had a conscious though that I LOVE MOVIES. That’s just a fun fact. I saw The Kings Speech with my mom and The Tourist with Trent. (Tourist? Total renter.) It was really important to me to see The King’s Speech before Sunday, which leads me to the guilty pleasure: I love awards shows. I know the date of the Oscars months in advance. I start my VCR (oh yes, you read that correctly. Old school, baby!) at 3pm on Oscar Sunday, which is a lesson I learned when I had my first toddler. It turns out that my personality morphed into a short-tempered, inattentive mommy when the Oscars were on and I thought I might miss something. So, I’ve learned to record the whole darn thing–red carpet to Best Picture–and not even try to watch it. Watch it the next day and FF through commercials, pause when needed by offspring. I love escaping into the frivolity of it all. YES, I realize it’s completely superficial and the Hollywood culture completely feeds our obsession with outer beauty and body image. (That’s why it’s called a GUILTY pleasure.) YES, I love seeing what the women are wearing. YES, I really am curious to find out who wins. YES, it does affect what movies I’ll see in the following months, because usually I don’t see most of the movies until they are out on DVD! But each year I scramble to try and at least see some of the front-runners.

The Kings Speech is one of the front-runners for BP and Colin Firth is a clear lead for Best Actor. I definitely believe he deserves it. 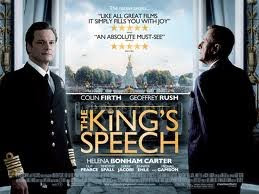 The movie was exceptionally well made, but it was the acting that really captures you. This first scene (below) had me so emotionally involved that I couldn’t look away. You’ve just met this character and his wife and you immediately want so badly for good things to happen to them. Great, great story. Highly recommend. 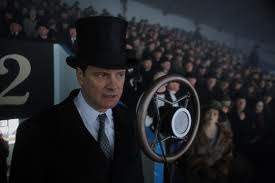 If you have a Facebook account, then I think you would enjoy/should see this other front-runner, The Social Network. 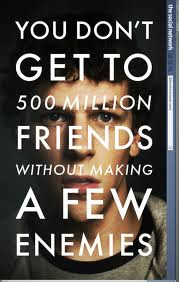 I mean, the killer screenplay alone blows my mind–in a good way. (Aaron Sorkin=genius.) But it was such an enthralling look at the beginning of this phenomenon that has totally changed our way of life. (That’s not hyperbole–I truly believe that. Even if you personally don’t have an account.) I saw it after reading an article about Mark Zuckerberg in TIME magazine and the 2 together were nothing short of captivating. It makes you ask this question: What is a FRIEND? Can you have a hundred friends and still be lonely? Have no social skills? Can you be “friends” with your spouse, your boss, your kindergarten teacher and your plumber? SHOULD you be? How if facebook (and blogging, for that matter) feeding into our narcissistic tendencies? It was a great flick.
*
But my unabashed endorsement of a movie this year was
INCEPTION. 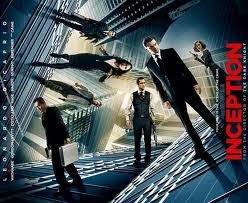 I. LOVED. THIS.MOVIE.
Trent and I saw this movie in a theater during an afternoon matinee. We had just eaten and were wide awake. (Do not see this movie when sleepy.) The guy taking our tickets smiled and said, “You better buckle your seatbelts. That show is quite a ride.” He was right! I’ve talked to a few people who did not love this movie as much as me. They thought the logic of dreams within a dream was not scientific enough, or that it was too confusing, or too long.
Well, I guess I disagree! The whole premise is about a fictional ability to get into people’s dreams. To go into one person’s dreams with other people, create environments and steal ideas. Going into dreams in a movie is like time travel–just smile, enjoy and suspend your disbelief for a couple hours.
*
I cannot remember ENJOYING a movie-viewing experience EVER as much a I enjoyed watching this movie the first time. (It loses a bit of oomph when watched at home.) It was complicated and smart, the special effects were off the charts, and yet it still had an old-fashioned heist-movie feel to it. The emotional depth of the characters was not sacrificed for action–there was a mesmerizing backstory weaved throughout. It was just so UNIQUE. The first portion of the movie is explaining the intricacies of getting into someone’s dream. Then there is a clear build up to an incredibly risky, high-stakes, elaborately planned dream sequence. I’m not kidding you when I say that as they were beginning this “heist,” as it were, I realized I was grinning at the screen. I was having so much stinking fun. 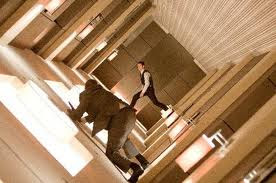 was probably my favorite, which is saying a lot, b/c I had a lot of favorite scenes. I am extremely bitter that Christopher Nolan didn’t get a nomination for his directing of this film. To take a concept that is so complicated and deliver a product that is so attainable and delightful
was nothing short of masterful. The “experts” all say that Inception has no chance of winning Best Picture, which is fine, but I would like to bestow upon it my own personal award:
Brazenlilly’s Best Picture of 2010