Home Uncategorized Disney Sydney
Uncategorized
Whereas our Precious First Born does everything with flair and drama, our (soon-to-be) middle child has become one that does not choose to express her emotions very often in public. (Exceptions, OF COURSE.) The bummer is that she did not gush and awe over things at Disneyland–even things that we knew she liked. She didn’t grin for the camera or run to hug any characters–even her favorites. But the upside is, she just went with the flow, walked where we walked, went on any ride we were in line for, etc. She loves looking at the pictures of our time in Cali and talks animatedly about it, so I know she had fun.
*
Here she is getting reacquainted with her friend Peyton. 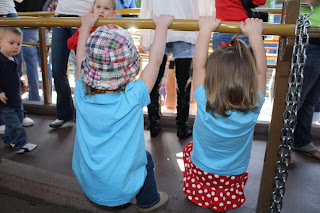 Aaaand, our first picture with a Disney character. Poor Goofy. How could he not be offended? As our friend Sarah said “That’s awesomely awkward.” 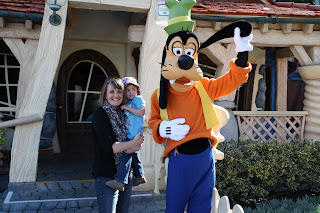 This is a little roller coaster for kids. Sydney buried her head in my armpit halfway through… 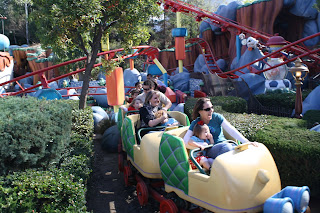 …but afterwards she said she liked it and even went on it again. 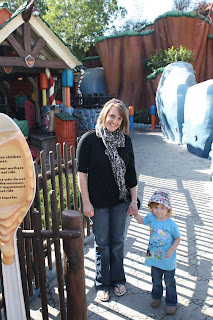 Haha! I don’t know why, but it kind of just cracks me up. The over-the-top cast members trying to talk to Stonewall Tompkins. 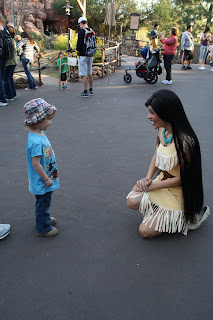 THAT is as close as she got all week. 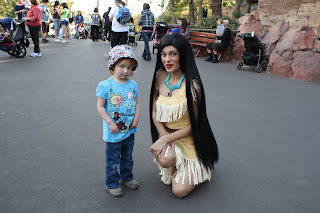 We discovered that Sydney loved any ride where she got to hold onto a steering wheel. 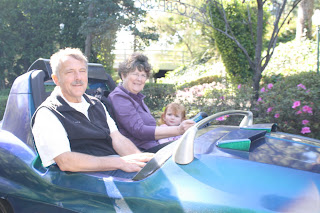 This was a cute photo-op, but we couldn’t figure out how to do it without all the glare and reflection. Both kids thought this was pretty funny. 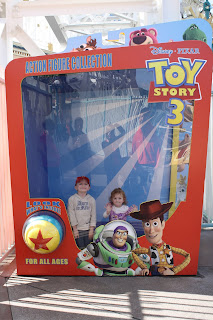 This is classic Sydney: ever since she was an infant, she has always been a home-body. I remember at 3 months old we took her to camp and she was SO fussy in big groups. Then we would take her into a quiet cabin with just our family and she calmed down and started playing and grinning. This was one morning before we went to the park–she was hamming it up for the camera. 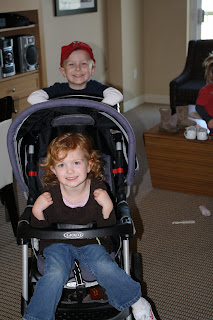 Minnie Mouse is one of the characters she knew before we went on our trip, so she did not protest when Minnie wanted to hold the kids’ hands while she walked down the street a bit. 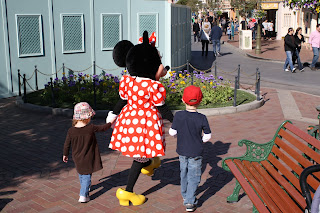 One thing Sydney DID seem to adjust to was the California sun and Hollywood feel. 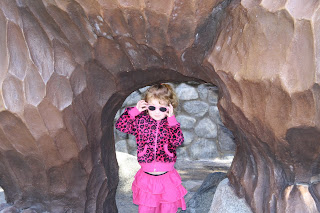 We saw Jessie on Tuesday and Sydney wasn’t ready. Then she talked about Jessie for 2 days. On Thursday we went back and stood in line, but I think Jessie was just a little too BIG for Sydney. 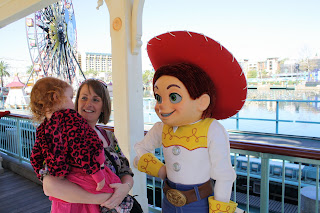 Here’s another ride that Sydney specifically liked and requested. (See–steering wheel.) In fact, after this picture was taken, I ran to go on Tower of Terror (for the third time!) with some friends. I found out after the fact that when this bumper car ride was over, Sydney would not get off. She bolted from Mimi and ran to the middle of the arena and pitched a fit. So, maybe she does show her emotions a BIT in public! 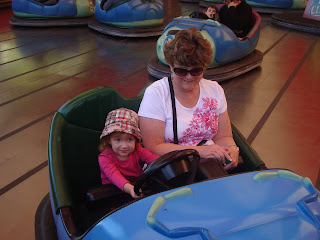 This was on the last day at Dland. I can tell by her stance that she was loose and having fun. She also had a ring pop from Uncle Ashley. Sugar always helps. 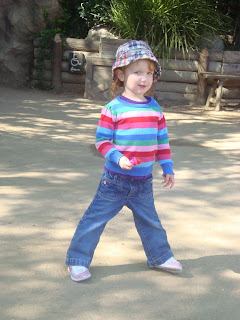 After five days of forcing her to interact, this was the last character we saw, and we saw some improvement on her distaste for the big people. (Just to ward off your thoughts and comments, I’m joking. We never FORCED Sydney to touch or even be close to character if she didn’t want. We MAY have just held her in our arms and walked up to them. ;)) 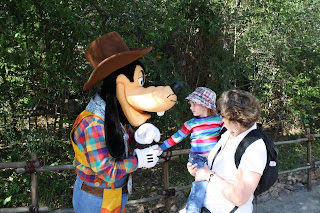 But THIS is Sydney’s best moment of the week caught on film. After listening to countless discussions about Carson the Jedi Trainee, and watching his skill with a light saber, Little Miss knew exactly what to do when she had the saber to herself in the hotel lobby. I don’t know if the blog quality will allow you to see her facial expression, but it is priceless.
© Copyright Jen Tompkins 2023. Theme by Bluchic.