Home Uncategorized Jungle Safari! Part 1
Uncategorized
I’m going to have to divide Carson’s birthday party pics into 2 posts. But first, some of you have requested pictures of the cupcakes, and here they are! This is the menagerie of jungle safari animals: zebra, lion, monkey, giraffe, elephant and tiger. I could not have made these without my in-laws, who took the kids on Friday night and Saturday! These were an absolute labor of love…one that I will not be repeating. I spent the better part of a month collecting all the little candies necessary to finish these babies, and from start to finish it took about 7 hours to make. I’ve decided it’s easier to make LOTS of one kind of cupcake, even if it’s time-consuming, than to make a few of several different kinds like this. 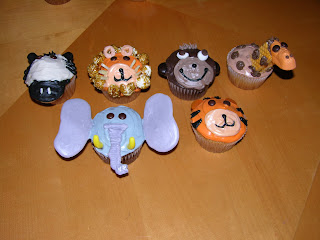 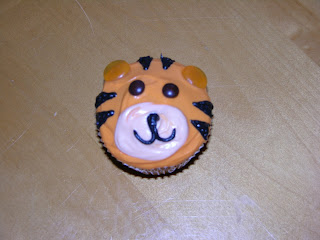 For some reason, I did NOT choose the best looking monkey for a solo close-up! This one has crooked ears and googly eyes. But, these would be one that I would definitely do again for a monkey-birthday party or something. They are cute and not too challenging. 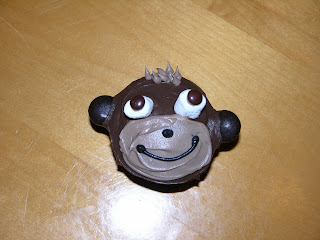 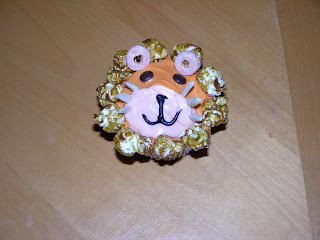 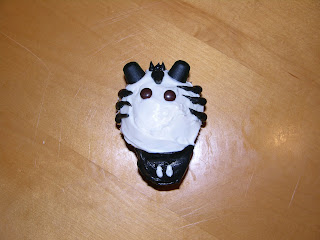 Elephant.
I did the ears and trunk with melting candy wafers like I used for the butterfly wings. By the time the pictures were taken and it was time to eat the cupcakes, most of the ears had broken off! The tusks are banana runts. 🙂 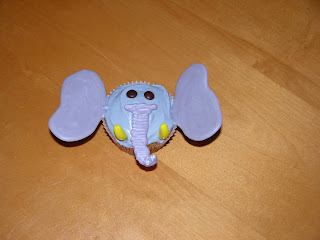 I forgot to take a solo pic of the giraffe (so this was cropped from another pic) partly because I was not that happy with how they turned out and partly because I finished them last…late on Friday night, and I was exhausted! 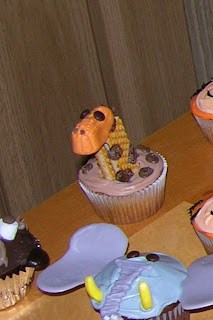 Here’s the display! It was fun for Carson to not have seen any of the prep and walk in to the jungle animal cupcakes he had chosen so many weeks ago. 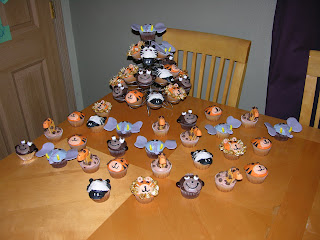