Home Uncategorized Around the house
Uncategorized
I’ve wanted flowers on my front porch for years. I’m just too lazy and cheap. Plus, I have a black thumb and tend to kill anything other than humans and one beta fish who obviously has magical, immortal powers. My mom walked me through the nursery and helped me find some basic starter flowers. I LOVE this hanging basket. Even since this picture was taken, I’ve dropped the ball on a few days of watering and she’s not looking as perky as in this photo. But isn’t it beautiful? 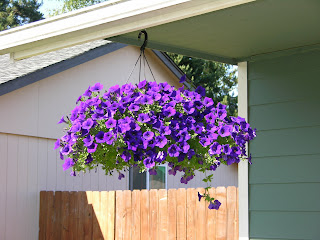 These red geraniums remind me of Europe. We saw them in window planters all over Paris and in Italy when we went back in ’04. The beautiful planter was handmade by my aunt and uncle! (They do take orders, I believe.) 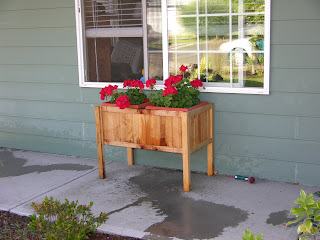 These pictures are kind of misleading. Although it looks like Carson just got so plumb-tuckered out after I made him do the sweeping that he crashed on the couch, that isn’t what took place. 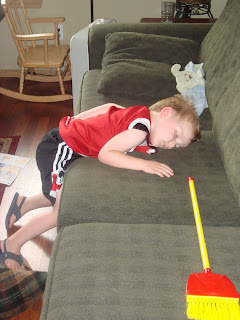 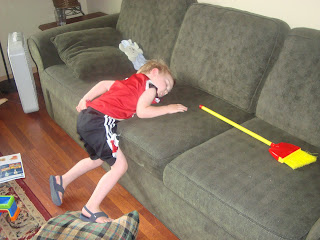 Ethan, I think this is actually your broom! It ended up at our house over a year ago. I hope you haven’t missed all the sweeping you could have been doing.
© Copyright Jen Tompkins 2023. Theme by Bluchic.