Home Uncategorized Annual Campout
Uncategorized
Many of you know we have a big family campout on the 4th of July each year. It started in 2003, I think, back when there were only 2 generations going. We’d sit around and talk, eat, read books & magazines, take leisurely walks, and be adventurous and make rafts out of driftwood. Well, things have changed! I didn’t pick up a magazine the whole time we were gone. Now that the third generation is multiplying, our ratio of parents:kids is 1/2 short of being exactly even (that’d be Baby Bunch making up the 1/2). We rely on grandparents and doubling up when something needs to be done…little things like making meals and actually setting up a tent to sleep in! It’s still an adventure, just of a different kind. It’s not really relaxing, but it’s tradition, and we all value tradition & love being outdoors.
We go to the same camp ground, because we’ve found The World’s Largest Campsite. Seriously, we can fit 4 large, family-sized tents on this one site. (Could even do more if we tried.) Although this post has a ton of pictures, I don’t feel like I had my camera out much. Hopefully the rest of the family will post some pics too.
*
Here’s Jack talking to his Daddy through the tent window. 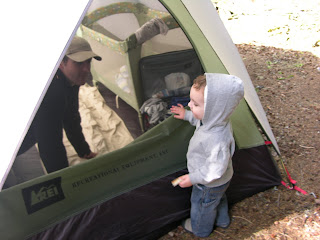 Jack is starting to really be interested in following his cousins around and doing what they are doing. It’s pretty stinkin’ cute! 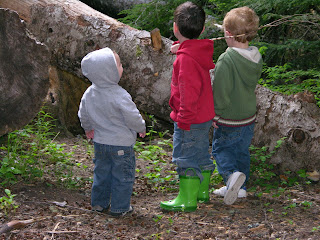 He didn’t follow them this time, though, when they found a dirty little tunnel in a stump. 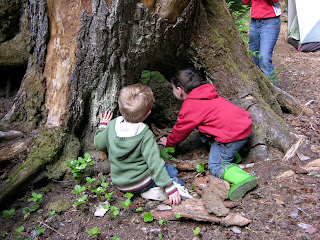 Ethan decided to brave it first… 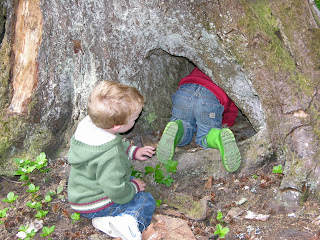 …then Carson had to try. I’m looking forward to seeing Sarah’s pictures, which were taken from the other side! 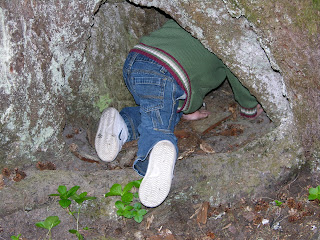 “Poppers” were a big hit of the night. Here’s Jim supervising Henry’s emphatic popping. Please notice Sarah’s “OFF” mosquito-fan on her waist in the background. 🙂 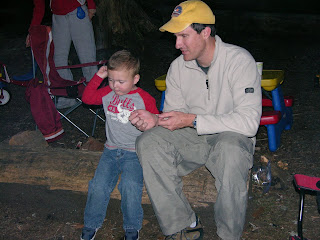 Nina brought the ultimate s’mores spread. The boys did not even know what to do with themselves! They were in sticky heaven. 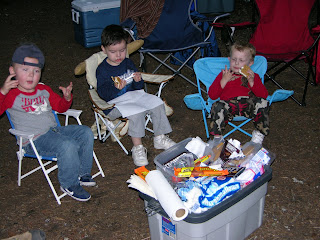 This sticky little snack was the only thing that got Carson to sit down all weekend. 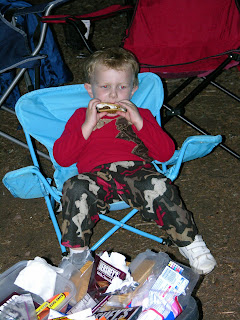 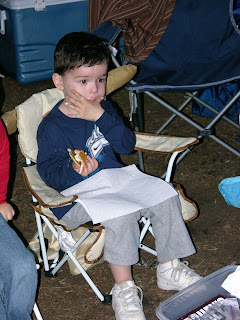 Here’s one of the aforementioned grandparents helping out with the kiddos! 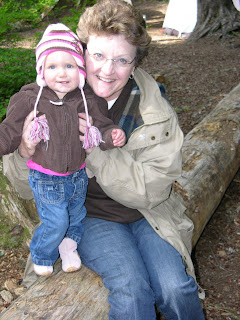 Here’s our model-in-training, Ms. Abby. She’s got the pose and the gaze down! 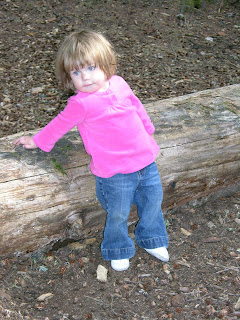 This is what I was hoping to see more of: sitting still, playing quietly with dirt. There’s always next year! 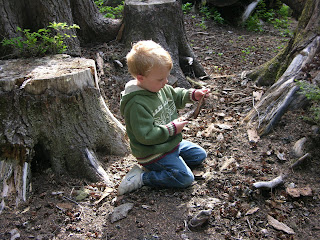 The hub and the dad. 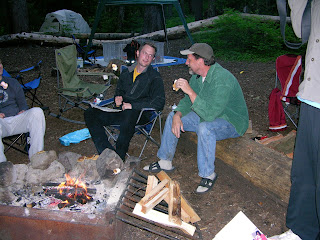 When the big boys were toddlers, Sarah & Eric invested in this little playarea fence. It has helped a ton. As you can see, Sydney LOVES it! 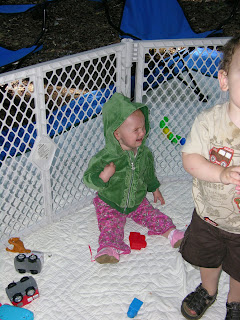 Jack & Abby were doing better at that particular moment. 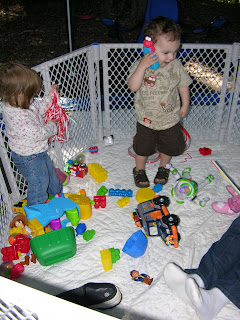 Overall, my kids have doing better with their morning wake-up calls. At our house this week, we’ve had regular rounds of both children staying in bed past 7 o’clock! But with the daylight coming in through the tent, it was six am sharp both mornings at the campsite. Here’s Trent with the early-birds. They were awake…I didn’t say they were in a good mood. 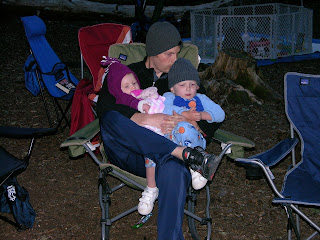 Jo-jo prepared and executed a scavenger/treasure hunt for the big boys. It was a success–or what is considered a success when trying to wrangle 3 three-year-olds to follow directions, take turns and share. 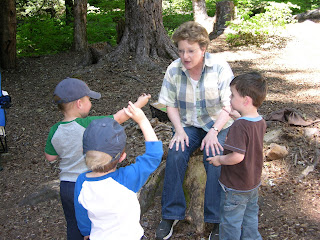 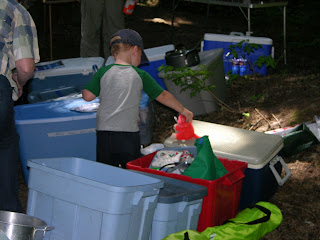 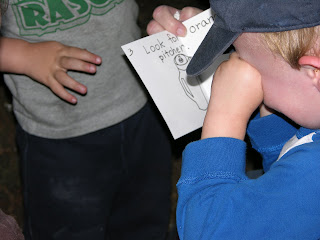 I love Ethan’s expression in this one as he hears the next clue! 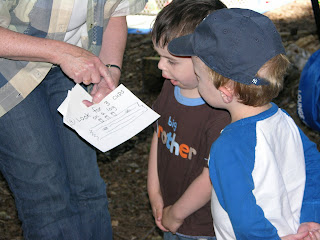 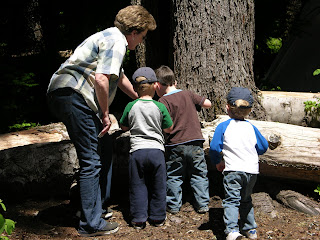 The final clue leads to… 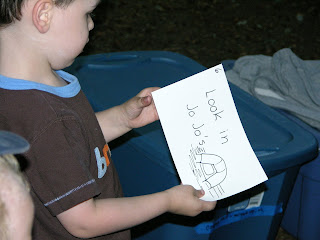 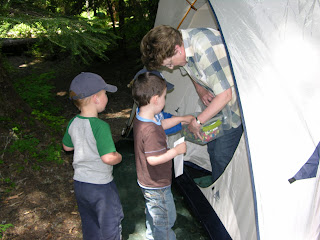