Home Uncategorized Woop Woop!
Uncategorized
Trent started running a couple years after we got married. He still insists he is not “serious” about it–even saying he’s doesn’t want the title of runner. Well, this weekend he completed his NINTH marathon, and we were discussing how many he needs to run before he accepts the title. He has run Portland 3x, Newport 2x, Eugene 2x and LA. Since he began, his goal was to break the 4 hour mark–the elusive personal record had escaped him each time for different reasons. Well, all his training paid off and everything was working in his favor this Sunday, and he beat his own record and made it in at 3:54! If you look really closely on this pic, you can see his blue shirt and the clock. I’m so proud of him! Special thanks to Jim, Mike and Jo, who came along on the trip and were an incredible help to me and Carson and a great support to Trent. (These pics are from Jim’s camera.) 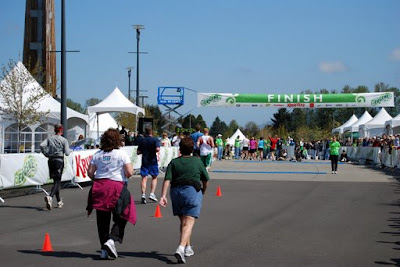 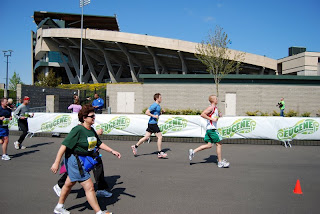 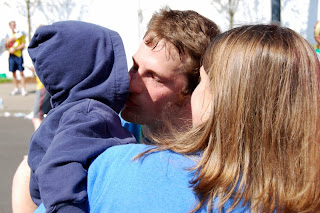