Home Uncategorized Yeah me!
Uncategorized
I forgot to mention that this weekend at the beach I got on a bike for the first time since being pregnant. It was kind of an experiment, because I wasn’t sure how I would do with an extra 25-30 pounds and having my center of gravity greatly altered. But I did it! Tonight we went on another bike ride. Now, granted, I was huffing and puffing and my hubby Lance was cruising past me, even with the extra weight of the kid trailer, but I was proud of myself for just getting out there and doing it–even for a comparitively short ride. When we are on a flat path, it is actually kind of nice. I think because I feel like a house, things like getting up and down and walking are uncomfortable. But being on the bike, it was my legs that hurt–and that’s the same as before I was pregnant, so, if it makes sense, it helped me feel NOT pregnant for a little bit. But in this picture, I chose the universal-hold-the-tummy-so-you-know-I’m-pregnant pose. The pic is not flattering, but I wanted proof. 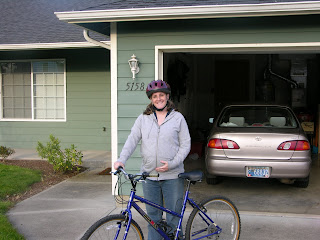 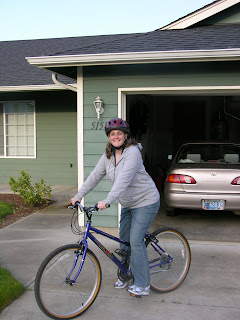 Trent and Carson had fun too. 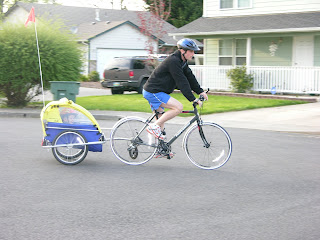 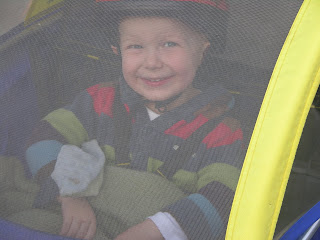