Home Uncategorized Horse Play
Uncategorized
My apologies to Henry, because I pulled the camera out after he and his mommy left Jenna’s suprise 30th b-day party the other day. And it was one of the first times he was WALKING around with the other boys! The three remaining boys were having fun running around and playing with each other, and being very funny. 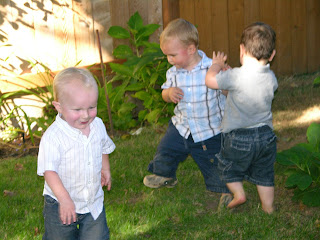 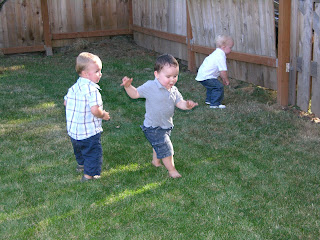 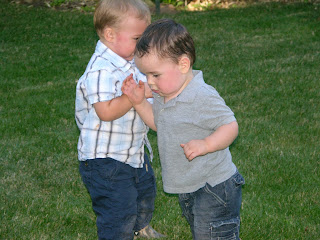 I even got a little video of Carson and Nate tormenting Ethan. Obviously, the parents were quite entertained.

I am so BUMMED that I stopped filming, because right after I stopped, these guys turned into Larry, Moe and Curly. Ethan stopped dead in his tracks and all three fell down like dominoes, only to get back up again and chase and fall some more.