Saturday was a gorgeous day, so the three of us decided to go to the zoo, which we had been wanting to do for a long time. We kind of had to lower our expectations for Carson’s first encounter with all the animals. I had imagined him staring, mesmerized and filled with joy by the tigers and polar bears and giraffes. Well, most of the time the animals were so far away from where we could stand, that trying to get a one-year-old to find the center of the attractions was like asking him to find Waldo and be excited about his hat. Often he was much more interested in the little kids around us than the actual animals. (Which, someone pointed out, we could have done at the mall and saved ourselves the $10 tickets.) But he could see big things like the elephants, sea lions (bottom pic), and gorilla, and a few of the exhibits had little windows into a “nest.” The Merekats (sp?) were busy in their small nest and less than a foot away from the window, so finally Carson was really intrigued. (Although every animal that he was actually able to focus on he called “dog.”) He did love the train ride, which is always a crowd-pleaser. Oh, and what do you think of my new ‘do? 🙂 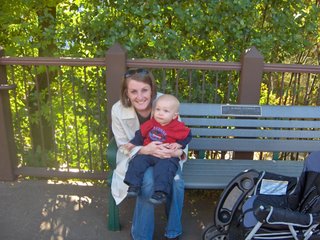 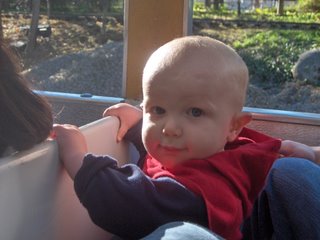 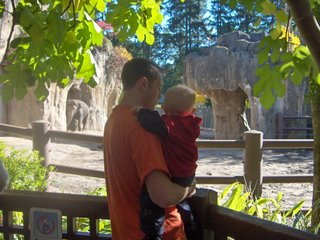 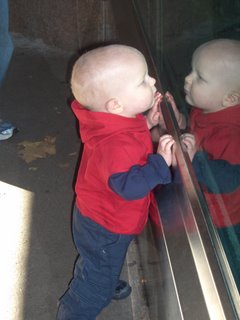 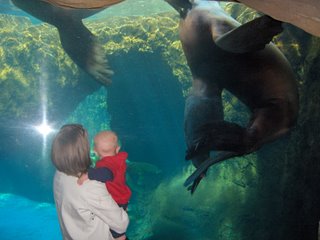