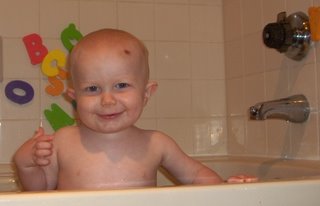 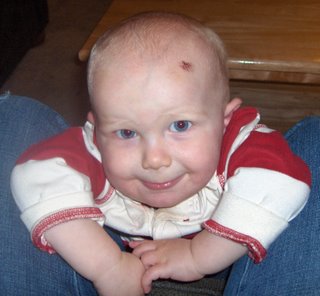 Poor C-dog took a header onto the back patio the other day and now has a nice scab on his forhead. After the initial tumble it hasn’t seemed to bother him much.