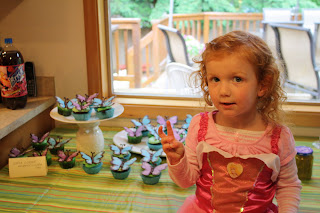 On Saturday, we had already planned an early birthday party for Syd. She officially turns 3 this next weekend, but we’ll be out of town. You gotta understand, our “family party” includes both sides of our family and also a few “family members” that have been a part of the gathering since before there were any children for whom to HAVE the parties. We’re right at 30 people for a small family party. WHICH, made it the perfect time to share the news about Baby Asher! It was no small challenge to keep this exciting information a total secret for 48 hours. Plus put my energies into planning the party and act like nothing special had happened. I decided I needed to do something special for Syd, so the big reveal wouldn’t steal all her thunder, so I brought out my special butterfly cupcakes. (Shhh! They aren’t really mine. They’re from this book.) I was ready to break away from pink, so we went with teal and lavender. Still feminine, no? 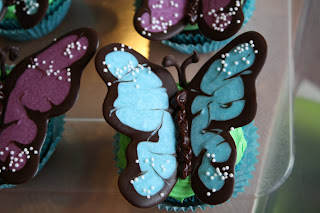 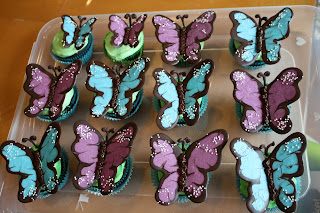 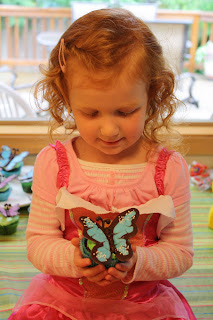 Did I mention this was a costume party? We’ve learned that the princess dresses are pretty but a little itchy, so she has to have a shirt on underneath. 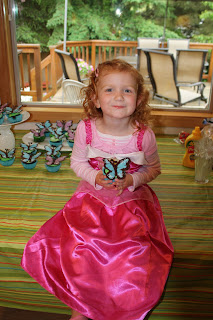 She has no trouble getting into the act. 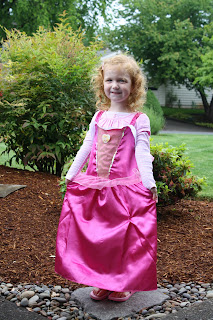 Also getting into the act? Her brother. 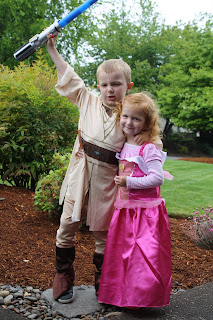 I asked him to make a Jedi pose and this was his first attempt. Hmmm…not exactly what I was going for. Are those jazz hands?! 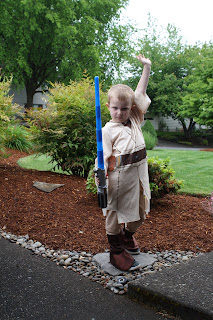 There we go. Much better. 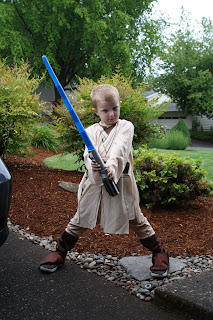 Other people got in the spirit too! 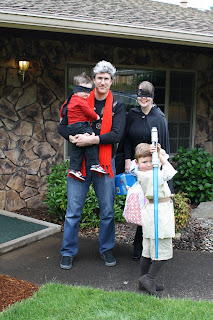 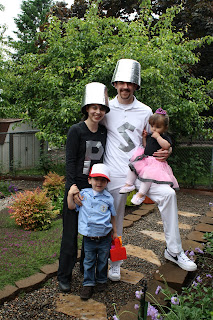 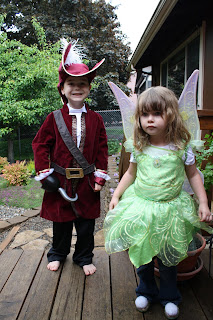 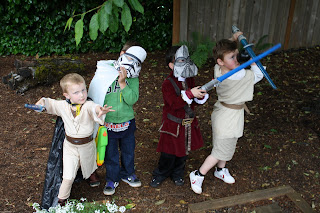 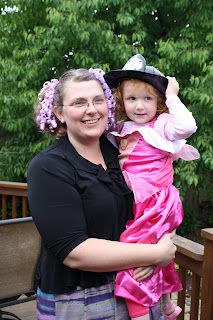 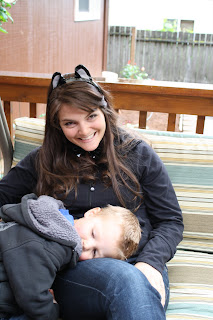 Not everyone got there at the same time, so first we had a little bbq dinner, while I am almost SHAKING with anxiety and excitement, waiting to spill the beans! Big props to Carson, who knew the secret and asked me if he could please tell someone, and obeyed when I said no. 🙂 After dinner, we gathered everyone for “a matching game.” I put them all in pairs, and handed each pair an envelope. I told them they all had a picture of someone in the room…either in costume or not in costume. The goal was to walk around and find the group that had a picture of the SAME person as you. It was a game I made up to disguise the fact I was handing them all a picture of Asher! I was trying not to be too bossy when some grown-ups said they didn’t want to play or when people were clarifying the specifics of the rules….to the imaginary game.
*
Then I said “Ready, set, go!” and watched their smiling faces turn to confusion. What? Who? So I jumped in and said “Just kidding! This is our new son!” Yep. Tears. Laughter. Hugs. Perfect! I was very satisfied that my little plan had worked and that no one had any idea. The fact that we got the referral so early was pretty handy.
*
We took pics of each set of grandparents with their new grandson: 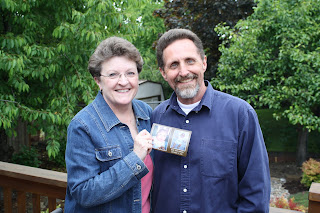 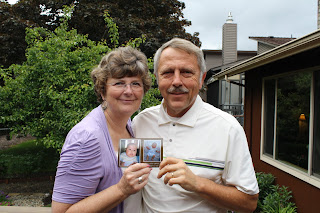 Baby Asher, you have so many people already loving you and praying for you! We long for the day when we can hold you and kiss you. I hope you are ready to be a part of this CRAZY FAMILY! 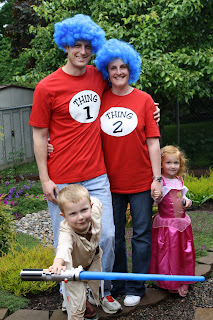