Home Uncategorized Naughty Genius.
Uncategorized
I would say “evil genius” but that just sounds a little too harsh. In case you haven’t heard of Carson’s most recent antics (I posted the story on Facebook), I now have visual aides.
*
So, Carson was playing the Wii the other day. A gaming system I still love and a purchase I’m still happy with. Plenty of kid-friendly games (even ones that make us break a sweat!) for my preschooler and his parents. However, we need boundaries, people. So, Carson was playing the other day by himself and I told him he had 5 minutes left, then he had to turn it off. After the usual loud whining and pouting, he grouches to me: “MOM! I’m so mad at you! I’m going to change your Mii.” For those of you who don’t know, the “mii” is a clever name for the avatar you can design, based on your own appearance, and save on the Wii to use whenever you play.
*
Of course, I chose mine to resemble me a little bit–if I was 10 pounds lighter, kept my brows perfectly trimmed, my head were the size of a wine barrel and I had cantaloupes for hands. But still–I was happy with cute little Jen Mii. 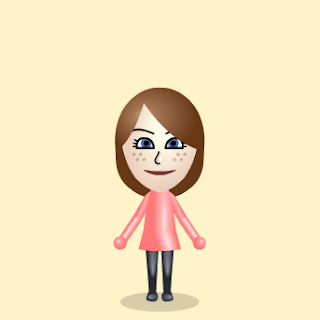 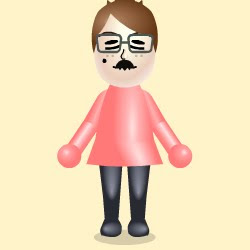 What the heck?! I’m like an amazon giantess with bags under my eyes, a mole and mustache. I couldn’t believe he spent his last 5 minutes of play time working on this atrocious piece of artwork. Secretly, I was a little proud of how brilliant (and non-violent and non-potty-mouthed) his revenge was. But don’t tell him! And don’t think for a second that I didn’t change it back immediately.
But to Carson I say: Touche, son. Touche.
© Copyright Jen Tompkins 2023. Theme by Bluchic.