Home Uncategorized Security
Uncategorized
I think it’s so interesting how babies and toddlers develop attachments to security objects. Some kids need a thumb or binky almost from the getgo; others have a special blankie they can’t live without. We received lots of wonderful blankets when Carson was born–several were homemade. But one special item was a small little blanket/stuffed animal combo my mom made for him. It’s basically a puppy head on about a square foot of fabric, but much cuter and less creepy than it sounds in that description. It is made out of some extremely soft material, called “minky.” So, I started calling this thing Minky, or Mr. Minky. Carson has always liked soft things against his face, so he didn’t seem to mind when I put it in his carseat or swing, but never really cared what he was holding. But just recently, in the last month or so, he has really become attached to Mr. Minky. He goes to find it when it’s time to sleep, when I get him from his crib, he is holding it next to his neck, and he wants to bring it with him when we leave the bedroom and begin the wake up process. It it gets left in the crib, he will go into his room, put his hands through the slats in the crib, and pull Mr. Minky through, not without a good tight squeeze to poor Minky’s head. It’s really pretty cute, and I’m sure it makes my mom feel good. Here are some “waking up process” pictures with Minky and another blanket he really likes. 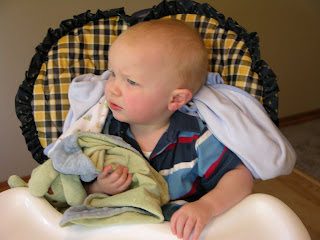 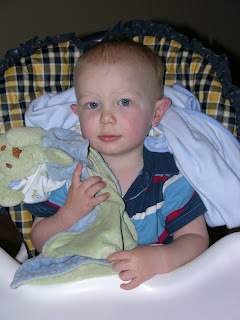 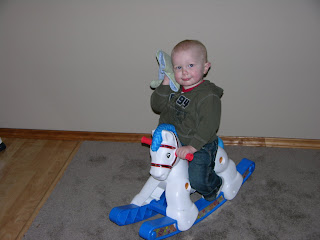 Then again, when Minky is in the wash, you can always use the substitute of your stuffed beagle and your purse. 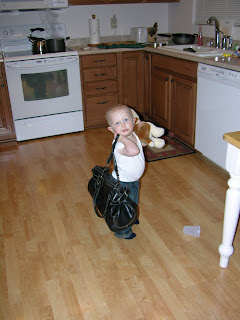