Home Uncategorized Bounce it up
Uncategorized
A few weekends ago, we had some changes in our plans that left a Sunday morning open.  That is almost unheard of in this house, so Trent and I decided to be impulsive, and we took the kids to a new place in town that is basically bounce-house-mania.  It’s a huge warehouse full of different bounce-house type activities. We got there right when they opened and had the place to ourselves for almost 45 minutes!  Each of the kids was wearing comfy clothes and the longest socks we could find.  Pictures were hard to get, b/c the subjects were moving and BOUNCING so quickly!  But I think the sheer glee is captured by the blurriness.  They had a blast! 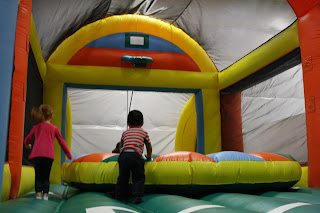 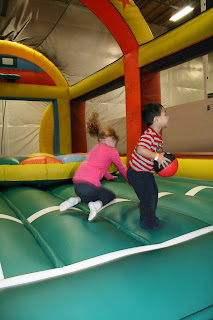 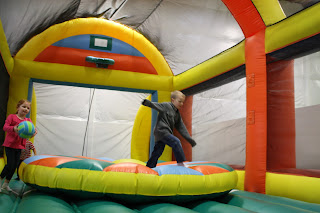 Only the big kids were tall enough for this slide.  They had just replaced the lining the night before, so Carson and Syd were flying!  We had watched a safety video on how to go down the slide, and I was kind of impressed they both stuck to it! 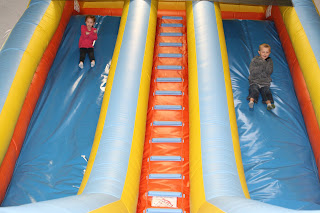 Asher was SO FUNNY to watch!  There was a slide his size, and he went on it over and over and over again.  Each time he looked like he was completely out of control and filled with absolute panic.  ﻿ 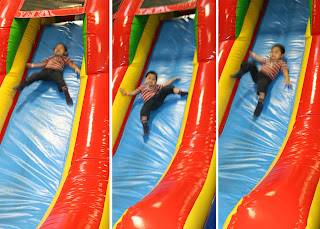 But by the time he got to the bottom, he was grinning and asking to go again! 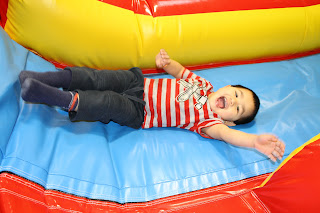 If you live local and want the deets, just message me.  We highly recommend it!  The place was VERY clean and the staff was super friendly.  I’m already planning a trip with the littles to run off some of their energy! 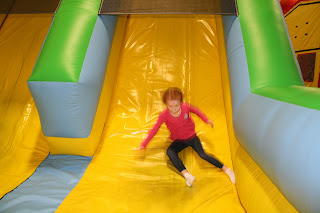 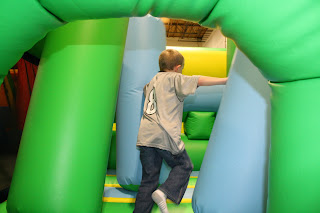