Home Uncategorized FILLED part two
Uncategorized
This last weekend at Created for Care, I felt like I was in the minority for having only one adopted child.   And many others that I met who had one adopted child were already in process for another…even if they had bio kids at home.  Of course with this rich experience, learning so much about God’s heart for the fatherless AND how he loves and strengthens their parents (birth and forever) it was easy to start thinking about whether or not we should adopt again.  All the cool kids are doing it, Jen! But over the last several months, Trent and I have both been pretty sure our family is complete.  Just the thought of going through that process again exhausts me; it does not excite me. But was God telling me that I was being selfish?  Was he calling us to bring another child home?
At the end of the weekend, I had spent plenty of time alone and with God processing these thoughts.  I remember in January of 2010 when I knew with SUCH CERTAINTY that God was leading us toward adoption.  I mean, I have never felt the Holy Spirit moving in my heart like that.  We had total peace, despite the fact we had about $300 in our bank account.  And that was not what I was feeling this weekend.  The word that kept coming to my mind was “OPEN.”  I think I am OPEN to the idea of adopting again in the future, but I do not think the time is now, and it might not ever be the time.  Our family feels just right.
However, the thought that did keep coming to my mind was how blessed I was this weekend. How much I needed it. How much it would benefit Asher and the rest of my family too, b/c it sent me back a better mama.  How this retreat was indirectly impacting over 1,000 adopted children around the country, who came from around the world.  This conference maxes out at 450, and it sold out in 2 hours.  TWO HOURS last August.  The waiting list is huge.  And some of us flew across the country for it, paying hundreds of dollars, b/c we needed it so badly.    The need for a ministry like this is so great.  Adoption is beautiful, but it is hard.  We need support.
They had a little meeting for people who might be interested in starting something like this in their own area.  One of my close friends, Amy, was also at the conference.  I mean, she’s a close friend in real life.  😉 We happen to have experience planning and running retreats together.  We went to that meeting and when it was done, we just stared at each other.  YES.  YES!  We must do this!  In that moment, we could name over 40 mamas in Oregon and Washington alone that we thought would be interested and could benefit from the support. And each of them probably has a friend. To say our wheels were turning is an understatement.  We were superfasttalking over each other and our hearts were pounding.  That holy spirit stirring I felt in 2010 to adopt?  I was feeling it again.  But not to adopt. This time I think He’s gently prodding me to share this FILLED feeling with other mamas.
The whole flight home we would be silent for a while, then one of us would have another idea.  “You know what else?  I want to have a birth mom come and tell us her experience.” “Yes!  And an adoptee.” “YES!” “I think we would all need to hear each other’s stories.  That part is so important.”  “I think I know someone who would come and lead worship for free.” “I know a place that would donate gifts.  It would be so cool to have some gifts for them.” “Let’s try to keep the cost as low as possible.” “Yes, but also make it relaxing…not like camping.” “True.” “We have to include foster moms.  They need this too.”  “YES.  And even people who are just starting the process.” “I wonder if we could get volunteers to help prepare the meals?” “I think I know of a perfect retreat center we could use.”  “I just thought of another mom who is considering adopting.  This would be great for her.”
One of the cool things I learned about the C4C retreat was the team that ran it was made up of adoptive moms AND non-adoptive friends who have a heart for orphans and for supporting adoptive families.  I realized that if we were to do something like this, we could potentially ask for support (not necessarily monetary, but logistical too) from our friends and families who are not adoptive parents.  I saw what a wonderful ministry this could become, the many families that could be encouraged and all my precious NW friends would not have to worry about buying a plane ticket to Atlanta. I’m not saying we’re planning for 450, but let’s start with 50 and see what happens.
The director of C4C encouraged us to take the DVD’s of the sessions and use them, but to make a mini-retreat of our own.  Come up with our own name.  In the spirit of the original, but custom-made for our unique group.  I loved that she had no desire to market herself or the C4C name.  She just has a vision to encourage. If you have ideas, suggestions or are interested in getting on board in a small or big way, feel free to let me know.  It may be small and casual, it certainly won’t be at a big fancy resort, but this is happening, people.  Right now it looks like September 2013 might be our only opening at the retreat center we’re considering.  Look out pacific northwest adoptive mamas!  These two girls have big plans for you.  🙂 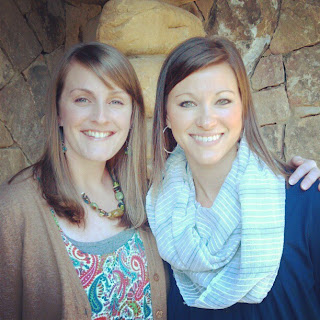