I once gave an inspirational/devotional type talk and I encouraged the women listening that if they were ever feeling down or sorry for themselves, the best cure is to focus on someone other than yourself.   Look OUT rather than IN.  Time to take my own medicine!  (PS: Our agency has not heard anything from the Thai gov, which leads me to believe our case was not presented last week.  One of the Holt reps was in country last week and returns later this week, so hopefully when she is settled she can shed some light on the situation.)

A few of you long-timers remember that the earthquake in Haiti in January of 2010 was a big deal–and a big deal to me.  It truly was a catalyst in our decision to adopt.  I had a group of friends who were in Haiti at the time doing short-term mission work, and I also had a friend there (Kristen) who was visiting the son she planned to adopt–but had not been granted approval.  I knew that her son was living in a children’s home run by Heartline ministries, and Kristen was visiting some friends/missionaries in Port-au-Prince named the Livesays.  Well, it’s been two years and I’ve still been following the Livesays blog and their ministry in Haiti.  From what I understand, in the aftermath of the earthquake, Heartline increased it’s focus on prenatal care and infant/early childhood education.  There is a HUGE need in Haiti…there is very little education on how to have a healthy pregnancy and delivery, and the medical care is rare and inadequate.  Far too many mothers and newborns die without basic & proper care. (Not to mention the chronic mistreatment of women that leaves many of these women as single mothers.)  Heartline takes on 35 pregnant women in their prenatal program at a time and usually provide a safe place to deliver.  The coordinators of the program recently posted pictures of most of the women in the program and asked for prayer.  To be honest, I was kind of daunted by the prospect.  Then I realized that people around the globe were “claiming” one or two of these mamas–to commit to praying for them regularly through (and after?) delivery.

I thought–I can do this!  I can focus on two women a half a world away and whenever I start feeling sorry for myself and this waiting game for my son, I’ll think about them and their waiting game…in which the stakes are tremendously high and the resources are night and day from my own.  I have chosen 2 of the women from THIS PAGE to be praying for…and you better believe I’ll be following the blogs closely when their due dates near!

The first is Loudia, and the only thing I know about her is that she is 17 years old, due April 7th, and this is her first baby. 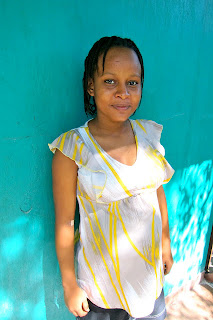 I also chose Patricia.  Her beautiful face jumped out at me, and so did the information below her pic: 21 years old, due July 21, third pregnancy–no living children.  I just can’t help but wonder about her story.  How did she lose those other children–miscarriage?  Stillborn?  Death as infants?  Whatever the situation, I want so badly for this third pregnancy to be the one that brings her a healthy child who lives into adulthood. I can’t imagine the hope she has resting on this little life. 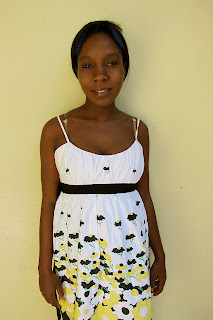 I’ll try my best to pass on any information about Loudia and Patricia if I hear any. So what about you?  How do you look OUT and focus on someone else?
© Copyright Jen Tompkins 2022. Theme by Bluchic.