Home Uncategorized Low point.
Uncategorized
I’ve been procrastinating writing this post. Partly because it’s sad and difficult.  Partly because several of my Thai-adopt friends have said it and said it well.  (See Thai blogs on the right.)  But several people have asked what the scoop is, and I realize that although it’s big news in our little adoption world, that doesn’t mean everyone is “in the know.”
*
The flooding in Thailand is severe.  The water levels are not receding.  In fact, the flooding is spreading to Bangkok, the capital city, the place to which many families had already evacuated.  This article today does not paint a pretty picture of the devastation.  2.5 million people disrupted, 113,000 in shelters and at least 366 dead.   The damages are estimated at over 10 billion US dollars–that’s billion with a B. 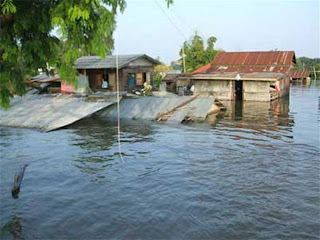 And our little boy is there.  Somewhere.  These pictures were sent from the social workers in Thailand.  They did not clarify if any of these homes were actual Holt foster family homes. 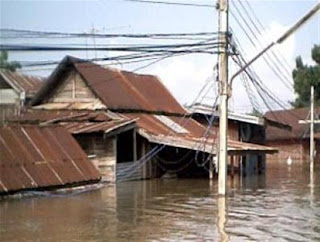 I’ll try to summarize the information that we have received.  First, it’s important to understand the vast responsibility on the shoulders of our sister agency.  Holt Sahathai Foundation (HSF) has approximately 70 foster families affected by the floods.  In each of these homes is a child for which they are responsible, and a foster family to whom they have promised support.  These children range from newborns recently relinquished to those toddlers who were supposed to come home to their adoptive families within the next few weeks.  In addition to those families, HSF also has a large program for Family Preservation.  They work to support and rehabilitate birth mothers who are not able to take custody of their newborns at birth, but who would like to do so in the future.  HSF then supports BOTH the birth mother AND the foster family caring temporarily for the child.  (One US family who traveled to bring home their kiddo said the foster mother had cared for 10 children, and 8 of them had been reunited with their birth mothers!)  Our update said that 105 families in this program have been affected by the flood.   HSF is providing food and supplies and shelter to all of the families that need it. These staggering numbers are why the HSF social workers (especially the precious few that speak English) do not have time to detail out for all of us just precisely where and how our babes are right now. 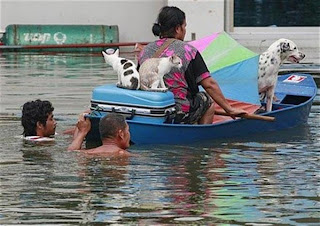 HSF drafted a spreadsheet outlining the number of foster families and the severity to which they have been affected.  The majority fall under 2 categories.  First, 18 homes were so severely flooded that they were no longer liveable.  These families are living with relatives or in shelters.  33 foster family homes are flooded UP TO THE second floor.  The families have created a living area on the upper level and supplies and food are being brought to them by boat on a weekly or bi-weekly level.   In our original paperwork, Asher’s foster home was described as a 2 level home, the first level being where the daily activities took place and the second level housed the sleeping quarters.  So, at night, I lay awake picturing Asher with his foster family (mom, dad, grandma and sisters age 7 and 10), stranded in their bedrooms, looking out at an ocean of muddy water, waiting for rice, water and formula to be delivered.  I don’t know for sure if this is the case, but it’s a picture I can’t get out of my mind. 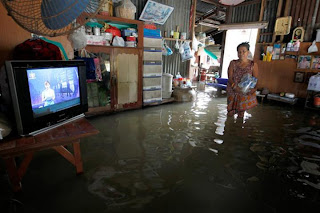 Of course for those of us whose spring travel dates were tentative at best, we could assume this was not good news for our progress.  But the worst blow came last Wednesday, when a dear friend –who had already experienced major delays in their process–had been told at the beginning of last week that the wait was coming to an end!  They had a court date for December 1st and would finally be united with their daughter and have her home for Christmas.  That means they would be buying tickets and seeing their daughter within a few short weeks! The very next day they were told that due to the floods, they should not plan to travel to Thailand until February.  We all grieved for them…it was a difficult day after such celebration.  This family received a referral 6 months prior to ours.  It’s anyone’s guess as to what this means for others in the program, including our family.  The initial estimate is to add 2 months from previously estimated dates, which for us might mean June. 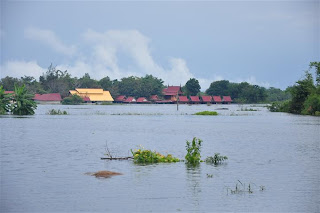 But as I look at this picture below–I don’t know with certainty, but I choose to think it is a Holt babe with his foster family–I have to remind myself that it is not about ME.  I’m sad–really sad–about how long this process is taking.  I’m feeling frustrated and down that I won’t get to have him in my arms for a long time. But my main concern is for my son.  I’m stressed about if and how this disaster will affect him emotionally–how it will affect his foster family relationship and level of care.  I have to continually remind myself that although I do believe it is in his best interest to begin his chapter of life in the US as soon as possible, it might not be in his best interest to rush the transition in the midst of crisis.  Trent and I like to daydream about what it would be like if we got a call and said “Get on a plane tomorrow, they’re granting visas to all the kiddos.”  We’d be in those airline seats!  But a rushed custody transfer would be one trauma on the heels of another, well, if not “trauma” then certainly a stressful living situation that he is currently in. 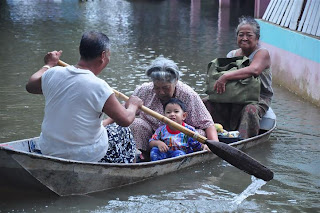 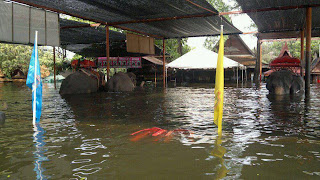 This summer after our referral, I think I was at the apex of my adoption high.  “We have a baby!  He’s gorgeous and he’s mine!  Everything is going according to plan.  We’ve almost fully funded! Yes, ﻿it takes a long time, but the process is following the precise timeline laid out for us.”
Well, that timeline has disolved and with it my cheery adoption outlook.  This is not fun.  This is hard.  Someone watching our process might see how hard it is and decide not to adopt, which depresses me even more.  I’m trying to keep my focus on the situation in Thailand and not let myself wallow too much in self-pity, since I’m sitting here in my secure, dry home.  This is just another layer in the DEEP ways that the Lord is teaching me through this process.  Surrendering control time and time again, and choosing to trust.  Hoping that some good news is just around the corner…for the people of Thailand and for those of us on the other side of the world whose hearts are in the flood.
*
If you would like to donate directly to the fund that will rebuild and repair HSF foster family homes click HERE or see info about texting below.