Home Uncategorized Livin a dream.
Uncategorized
The other day my mom asked how soccer season was going.  This is Carson’s first year in semi-competitive soccer club (meaning they actually have games against an opponent, not just camp, but they still don’t keep score), and Trent is the coach.  I told my mom that they are having fun and casually said that Trent was fulfilling a lifelong dream.  She kind of chuckled, as though maybe I was being sarcastic.  (It’s been known to happen.)  But I told her I was being totally serious: Trent has talked about being a soccer coach for his kids since before we were married and he was still a commitment-phobe college student.  It literally was one of the first conversations we had after we found out we were pregnant.  And the icing on the cake is: he’s really, really good at it. 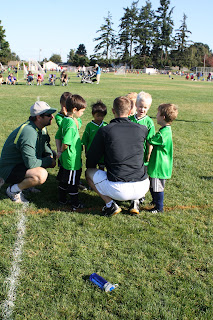 Being barely six, Carson doesn’t show any prodigy-level skill or obsessive passion for the sport, but he’s having fun goofing around with his friends. 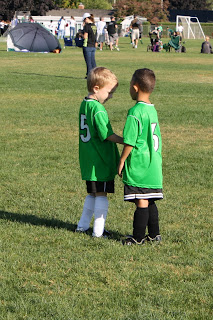 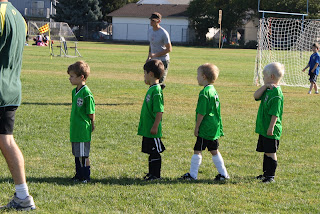 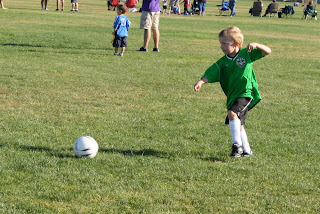 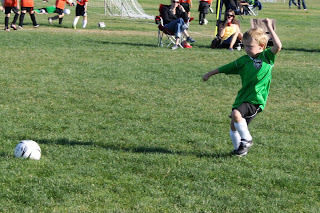 Trent will be the first to point out that he is perhaps a little more…shall we say passionate? than some of the other coaches.  He walks up and down the field during games giving encouragement and instruction. 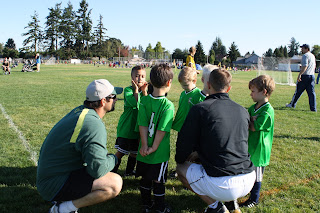 And as five and six year olds are wont to do, they often ignore him. 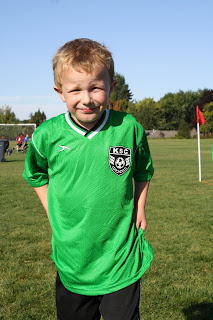 But they’re all having fun and the players’ parents really appreciate Trent and he appreciates their involvement.  The other day Carson came home with an Upward basketball brochure, which he’s old enough to do this winter.  Without missing a beat, Trent took one look and said “Oh yeah!  Definitely!  I want to coach you!  We can do this, buddy.”  And I kind of raised my eyes, surprised at the lack of discussion over the decision.  I said, “Is this how it’s gonna be?  We just jump from sport to sport and you coach and we spend our lives going to games and practices?”
*
And Trent’s eyes lit up and with a huge grin he said “YEP!” 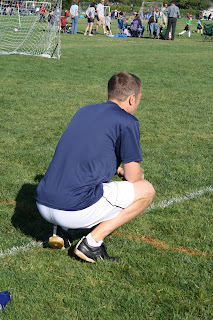