We did, indeed, celebrate Asher’s birthday on Friday night.  Here’s some awkwardly posed self-timer shots with the camera propped up on the BBQ.  Probably should have called a neighbor over.  Or maybe I need a tripod for Christmas?  Anyway, we ordered from our fave Thai place and had cupcakes. 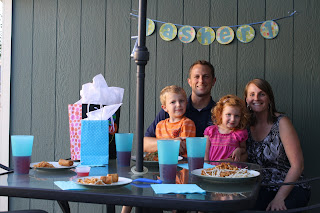 Ignore the children’s strange vacant stares and see if you can find the cupcake?  Some friends and family surprised us with homemade cards and even gifts for Asher!  (Not to pick favorites, but someone found a Thai lullaby book.  I know!) 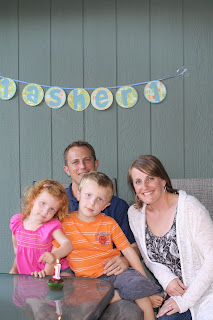 Then it was back to working on Carson’s cake and party for Saturday.  We knew it was going to be a busy week and really busy Saturday–so against Carson’s wishes, I opted for yet another smallish family and “family” party, instead of inviting all his buddies.  I wavered on this decision, but when the day arrived I was really glad.  I was exhausted and glad it was a small and laid back group.
*
Of course, I put some effort into the cake.  It’s my thing!  It was no pirate ship, that’s for sure.  Carson looked on Google images with me for a looooooong time and found a cake that I thought I could emulate in a amateurish version.  It as my first time doing a full fondant covering on a cake, and I felt really happy when this step was finished: 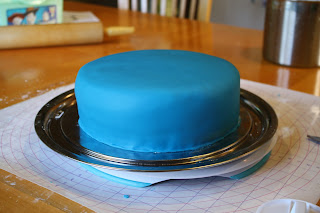 The cake turned out to be a lot shorter than the one in the picture, so I didn’t have room to put “Star Wars” on the side.  Carson was bummed that aspect was missing, until he saw his very specifically requested action figure, General Grievous, was on top, and was told that he gets to keep it.  To be totally honest, I don’t even know who Grievous is.  And also, yeah, those are light sabers on the cupcakes.  Just…accept it. 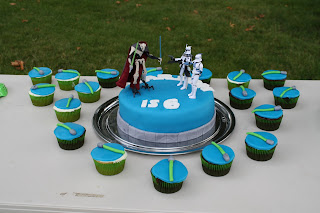 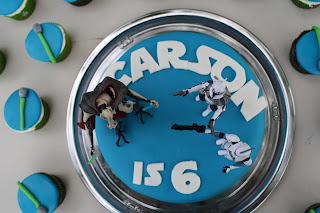 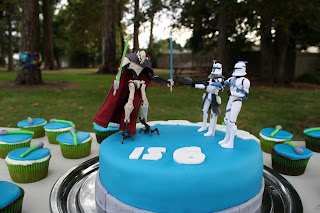 This is the happy birthday boy posing with an imaginary light saber. 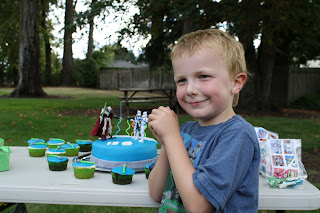 The one activity we planned and stuck with was stolen, er, borrowed from our friend Isaiah’s party!  The adults helped the young Jedi’s make their own light sabers out of pipe insulation and colored duct tape.  Thank goodness I sent Trent to buy the duct tape, because he and Carson knew exactly what colors to buy and which character uses which color. 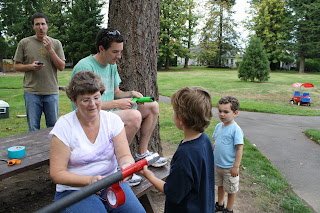 This is my brother trying to act casual and not look at the camera. 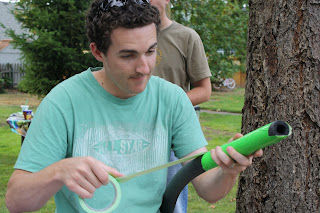 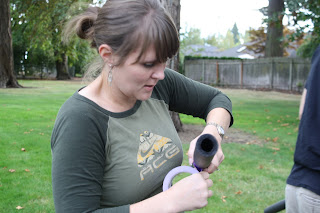 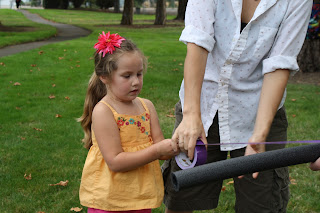 Henry has taken lessons from the Carson School of Jedi Jazz Hands. 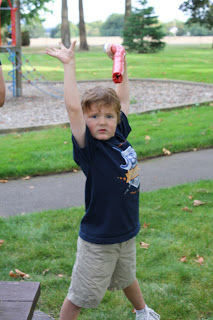 Remember I recently mentioned that I love when people don’t take themselves too seriously?  Case in point.  Aunt Sarah, who is always gorgeous and put-together, came in Princess Leah buns for the occasion.  Just to be fun and silly.  I love it!  Carson saw her and just started grinning!  He told me later that he thought that was really cool.  His exact words were “I saw Aunt Sarah and I was, like, ‘Wow! Her hair looks like Princess Leah!'”  We’re working on weeding out the valley girl language. 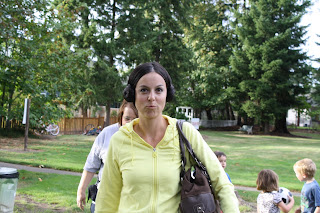 My favorite memory of this moment was that Carson was singing Happy Birthday (to himself) at the top of his lungs, right along with everyone else.   This is that innocence I mentioned in his birthday post! 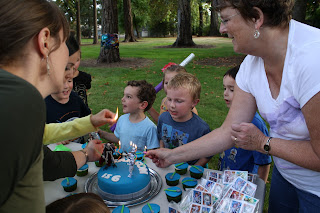 Sometimes cousins can help blow out candles too. 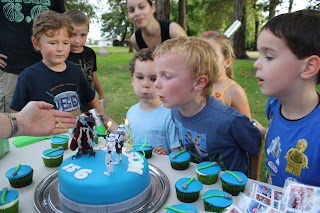 Seriously?  Seriously.  How can you not love this girl?  After this cupcake, she snuck around to the table and got ahold of another one.  She gave it a nice big lick across the top before I noticed! 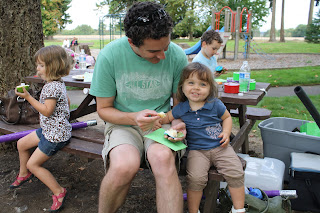 This was my favorite thing about the whole party.  We chose a park with a rather lame playground, because it’s fully fenced and not very popular! So the kids pretty much had the place to themselves and just ran around playing Star Wars as the sun set. 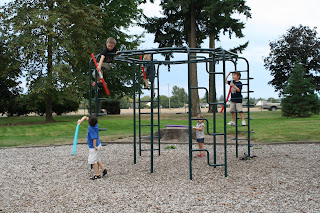 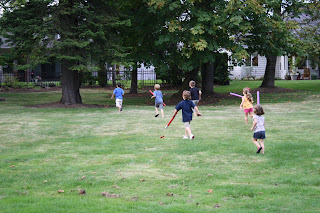 And some people enjoyed the cupcakes more than others. 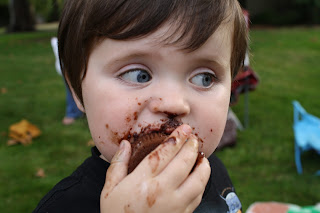 I know this is blurry, but it totally cracks me up that this is how the girls were playing with the sabers: wrapping them around each other’s necks and poofing up each others hair.  If Carson saw this, he would greatly disapprove. 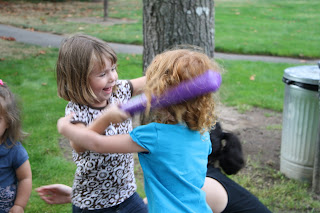 Feeling really grateful for my birthday boy and all the people who love him. 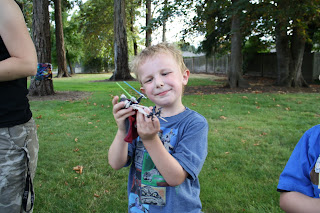