Home Uncategorized WHY?
Uncategorized
Oh, this girl. She is 2 yrs and 9 months old. (The exact age her brother was when she was born.) 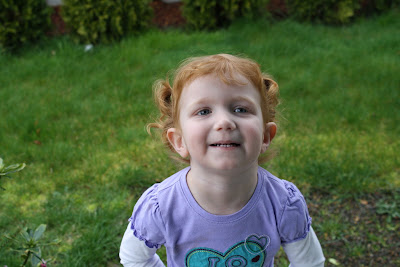 I just love her to pieces. I think I kiss her about 259 times a day. 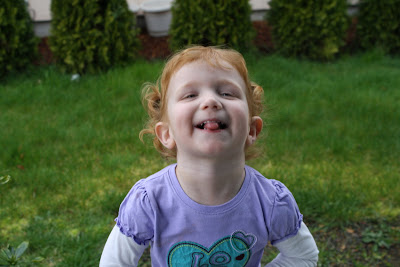 She’s so silly and so cuddly. 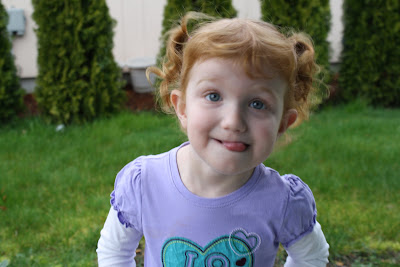 She loves dressing up, Nemo, anything with sugar, her Minky, her brother and her fwends. 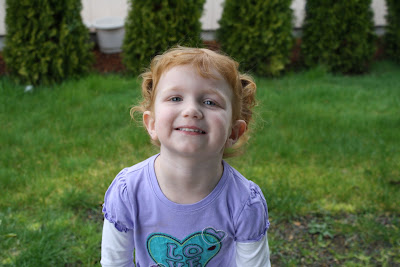 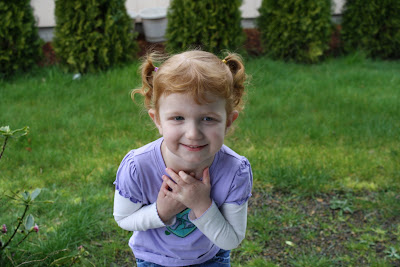 The whole “Why? Why? Why” anecdote is like a typical party-story for moms and dads. It’s a stereotype you hear about before having kids, and you kind of assume it’s an exaggeration. But it’s not. (Also? Kids really do say: Are we there yet?)
*
My parents always told me that when I would ask “Why?” continually, they would say something nonsensical in response, just to see if it would shut me up. (My words, not theirs.) Their favorite example is “Last Tuesday on the piano.” Well, I’ve taken that plan of attack and put my own spin on it. I’ve decided that after the second “Why?” I will respond with a formulaic dependent clause. (Heehee! Oh my word, I love being a grammar geek.)
Basically, it’s like my very own Mad Lib. It looks like this:
“Because the [adjective] [noun] [verb].”
Sometimes, if I’m feeling really sassy, I’ll throw in alternate formulas, like:
“Because, Sydney, the [adjective] [noun] [past tense verb] [adverb].”
*
I just look around the room for inspiration and fill in the blanks with the most random words possible. Here’s some examples from this week.
“Because the chocolatey spoon is hiking.”
“Because the spotted clock left so quickly.”
“Because, Syd, the purple window drips.”
“Because the prosthetic nose walked aimlessly.”
*
It honestly amuses me to no end.
*
But the most fun part was when I explained to a confused Carson what I was doing. He, too, is subject to the “Why?” routine from sis, and I thought I would let him in on this little secret/coping mechanism. Today in the car, Syd had “why’d” him one too many times, and he said with a smile: “Be-CAUSE, Sydney, the ice cream walked across the street!”
*
It was a win-win. Sydney halted her questioning and Carson and I shared an inside joke.
Hee!
© Copyright Jen Tompkins 2023. Theme by Bluchic.