*At the end of April, Trent has to go to a work conference about 5 hours from here. It happens to fall on the weekend of our 10th anniversary. So, we’ve decided to make a weekend out of it, go up a day early and pay for just one night in the hotel, and work will pay for the rest and the gas. Win-win! But the other day as we were talking about it, he said, as though this thought had just popped up: “Oh–but what will you do all day when I’m at the conference?” My immediate and dramatic response was a bit over-the-top: “HA! Are you KIDDING ME?! I’m going to sleep in, watch TV, read a book, get ready while watching TV and not have anyone asking me for anything, then I’ll walk around and get coffee and actually SIT in a coffee shop and not have to use the drive-through and read by myself, then EAT by myself and watch movies and take a nap, and….” I don’t remember his exact response, but it was something like: “Thought about this much, have you?”

*Here’s a few Carsonisms from just the last 24 hours. We read a book called Tumble Bumble–some of you have it. We were reading it, the kids and I, and Carson asked why the pig had a name and none of the other characters did. I said I don’t think he had a name. “Yes he does,” said Carson. “It’s NOAH VAIL.” I stifled a giggle and told him, actually the sentence said that after they stepped on his tail, “They apologized to NO AVAIL.” It took several synonyms and my best preschool thesaurus brains to explain that one.

Then this morning we were watching Toy Story 2 (we’ve been on a kick lately, and I know this might be controversial, but I like 2 better than 3. It’s funnier and has more light-heartedness. But I digress…). The toys see a sign on the store and he asked me what it said. I told him it said “Sorry, we’re CLOSED.” His response: “Why are they sorry?” 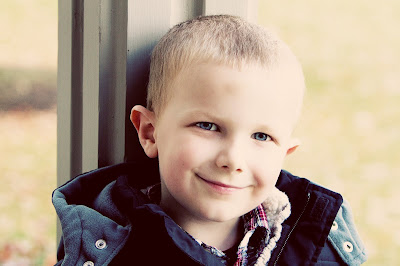 *I cannot get into a great amount of detail about THIS little red-headed angel and her behavior this week, or my blood-pressure will go up again. Let’s just say, she’s TWO and she’s testing. And testing. And testing some more. And her mood swings give me whiplash. And gray hairs. One minute she is utterly detesting my authority and expressing her rebellion with every ounce of her 26 pounds and 99 decibels, and the next moment she can’t stand not to be touching me, is literally clinging to my legs, crying “Hold me! Mama, hold me! Hold me! Hold me! Hold me!” I’m not gonna lie. I had to have a glass of wine last night to calm my nerves after the day she gave me. But I tell you what. It’s a good thing she is so stinking cute: 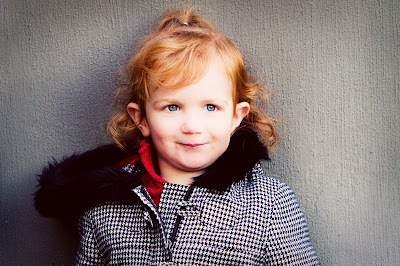