Home Uncategorized Jedi Training
Uncategorized
OK, so here’s the story for all the curious relatives and jealous preschoolers. To most of my So Cal friends, this is old news, but for the rest of us, it’s pretty stinkin’ cool. Disneyland has an interactive “show” called Jedi Training that happens about 6 times a day. The first one is 30 minutes after the park opens. We timed it perfectly to go on one nearby ride, then walk over as it was beginning. They (as Disney always does) put all kinds of drama and wonderful panash into the show, from the music to the costumes to the effects and especially the cast members who facilitate the show. They ask kids in the audience to stand up and raise their hand if they want to receive Jedi Training. We were with our friends the Lyons and the 2 little boys had matching shirts. Maybe that’s why they were chosen? But it could also have been the four insanely wild parents jumping up and down, holding the boys over our heads. Either one.
*
So, Carson and Tanner were chosen, along with about 20 other kids. Tanner senses the excitement. 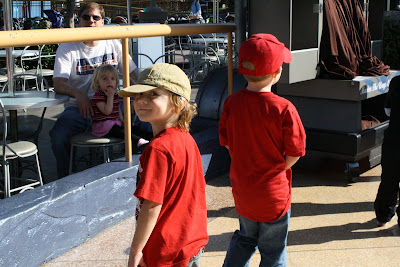 Each trainee is given a Jedi robe and a practice light saber. 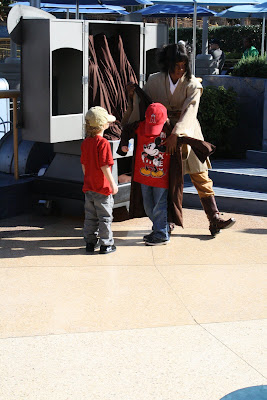 The main Jedi Trainer was so great. He was fully in character, but making jokes for the adults and being gentle and sensitive to all the little kids around him, as young as 3. 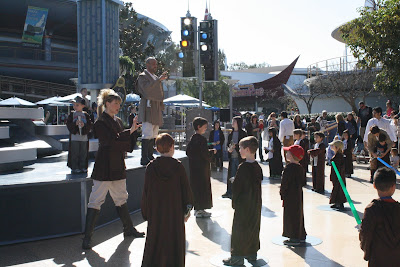 The young Jedis payed close attention as the Jedi warriors showed them some special moves. 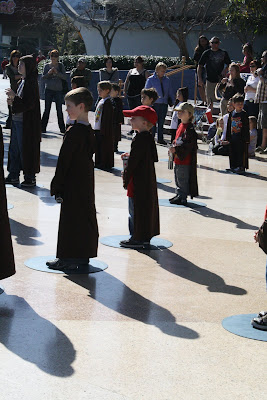 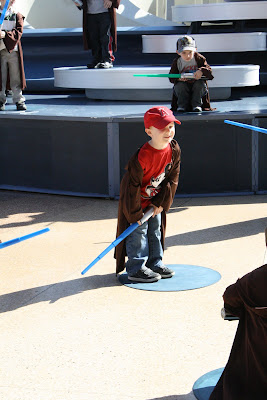 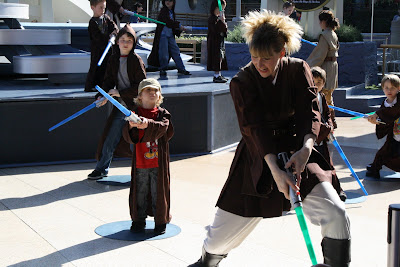 One of the moves was “duck.” 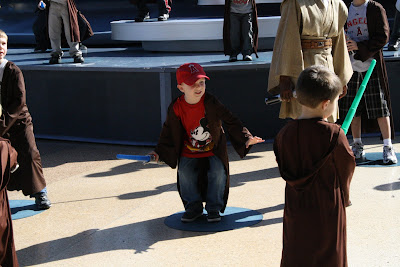 Then? The show really got interesting when the entire stage started rising out of the ground with smoke, lights and loud Star Wars music. Darth Vadar himself came out swinging and threatening in a very G-rated way. Amazingly, I didn’t see one little Jedi seem to get scared. 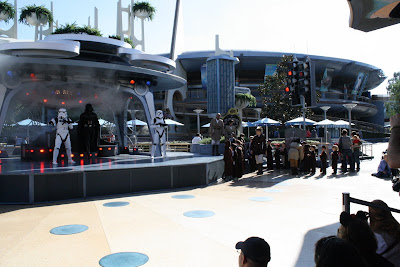 They herded all the young Jedis to one side of the training area as Darth Mal (I think?) came out as well. 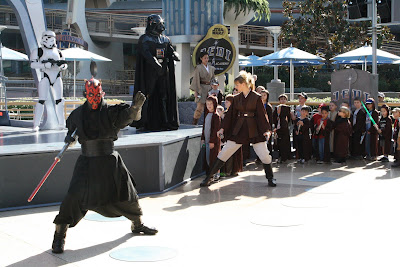 Then each individual kid got a chance to use the moves they had just learned to fight either Darth Vader or Darth Mol. Carson was in line for Vader. The Jedi Trainer was gently guiding each kid so they weren’t by themselves. 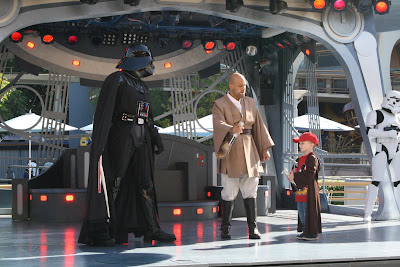 Carson was swinging away and I was clicking away! I was so curious what was going on in his little mind. He showed nervousness throughout the day on different rides, but didn’t bat an eye at swinging swords with Darth himself. 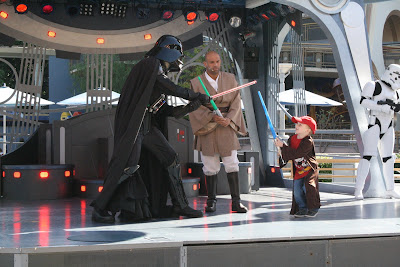 I love this one because he’s up on his toes! 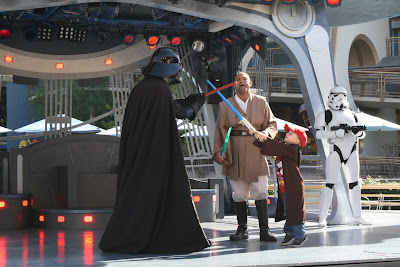 Then Tanner got his turn too! 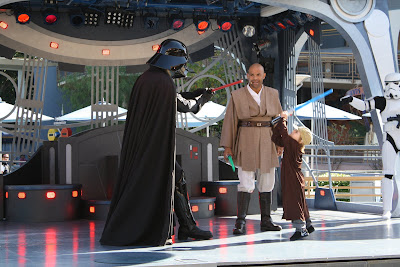 After Darth and Mal surrendered to the Force, all the newly trained and victorious Jedis were given a pep talk and a certificate. Tanner’s the one with the hood on in the middle. 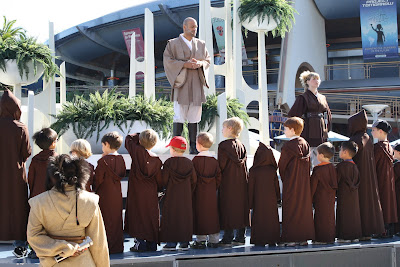 As he was walking away, we were cheering and yelling his name and you could just see his excitement at what had just happened. We had watched the teaser to this online last week and had talked about it a lot, wondering if Carson would be chosen. I think it totally made his day. And then today (Wednesday) we went back at Carson’s request. He specifically wore his Star Wars shirt. He wanted to see if he could be chosen again and fight Darth Mal. Done and done! But you’ll have to wait for that video, b/c I don’t think this internet connection could handle it. 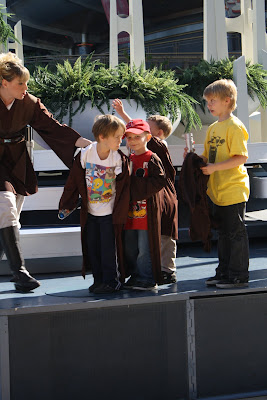 MAY THE FORCE BE WITH YOU!
© Copyright Jen Tompkins 2023. Theme by Bluchic.