Home Uncategorized Costumes
Uncategorized
I love costumes and dressing up. In fact, I have a dream that someday our whole family will get matchy matchy costumes together, like the Templetons. (I’ll put up a link in hopes they will post pictures of their entire family as the cast of Scooby Do! So cute.) Even my kids matching would be great! But they are not into that. This year they were a ladybug and a character from Star Wars. I just want to clarify that I asked both kids to come outside for a little photo shoot and Carson chose not to. It’s not that I chose the cutest costume and took a zillion pictures out of favoritism. (But it is pretty darn cute!) 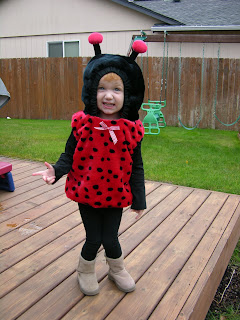 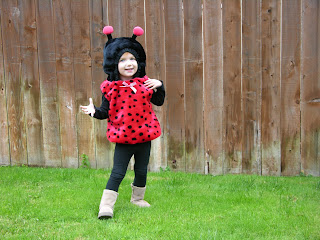 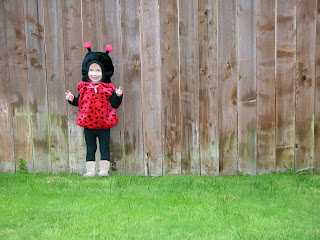 I’ve been bemoaning the fact that I don’t have a DSLR camera and probably will not be able to afford one for a long time. Sometimes I almost don’t want to take indoor or bad-light pics because I think they will just turn out lousy. I read a photo blog that had tips for people with regular old point-and-shoot cameras. This photographer said her number one tip for better pictures is to switch up the angle. So I’m going to try experimenting with that. This one turned out pretty cute! 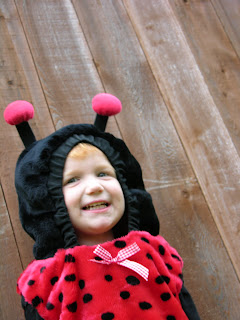 We had a fun evening on Sunday. We invited some good friends to come over for pizza, then we went to a local church carnival. The kids got a ton of candy and played great carnival-y games. It was a little crowded and hot, but the atmosphere was fun and positive and it wasn’t raining inside!
*
Here is the best shot so far of Carson’s costume, which was a little big for him, but he didn’t seem to notice! We thought he was a stormtrooper, but I found out he is someone called Captain Rex. (???) A friend loaned us the costume and he fell in love with the helmet that makes you talk like a…well, like some Star Wars character. Along for the ride are a friendly witch, Little Red Riding Hood and Miss S who decided at the last minute she didn’t want to wear her costume. 🙂 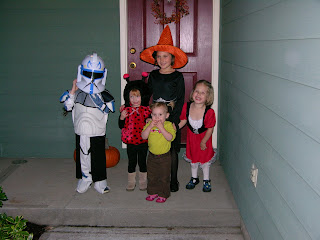 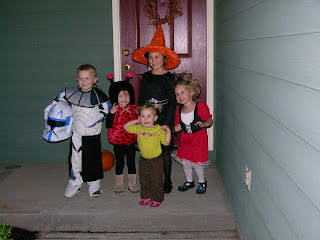 Maybe next year I can talk Trent into doing a theme costume night!
© Copyright Jen Tompkins 2023. Theme by Bluchic.