Home Uncategorized I was due for a good idea.
Uncategorized
I think I’ve been pretty clear on this blog that I love being a mom to the Monkey and the Bird. I think I’ve also been pretty clear that this job is hard and sometimes I’m on my game, and sometimes I’m so very far OFF my game. Sometimes I fail miserably. But every once in a while…I totally score. Today? I was on my game, people. I turned a near meltdown into a really fun morning and have the documentation to prove it.
*
It came about before lunch when Sydney and I wanted to take a walk (side note: how GORGEOUS is this sunny, chilly fall weather?!), but Carson was adamantly against it. Trent was gone serving his community at a carseat clinic, and I knew we needed to get out of the house. But Carson was pouting and refused to participate. So I announced,
“Change of plans. We are not going to take a walk.”
“GOOD.” Said pouty Carson.
“We are going on a Scavenger Hunt.”
[reluctant, partial smile]
“It’s a Picture Scavenger Hunt, so you’d better get your camera.”
*
In the interest of full disclosure, I read about the idea in a magazine months ago, but had never remembered to put it into practice. I made a list of things that we were looking for and Carson was the photographer. It was a total blast and we were gone for over an hour on our hunt. Here’s some of the things on the list, in case you want to try it yourself.
Sidewalk chalk 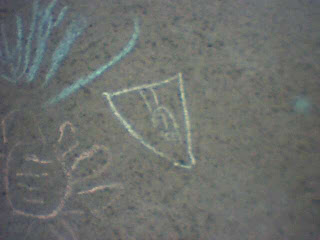 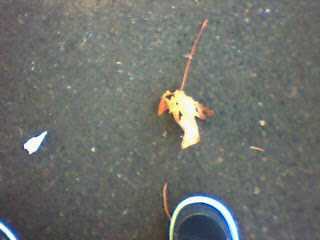 A red or orange leaf 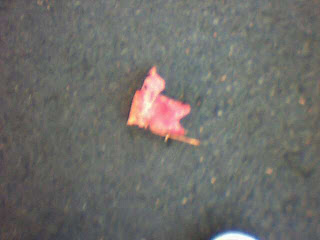 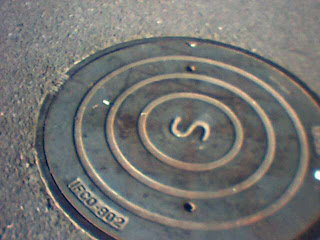 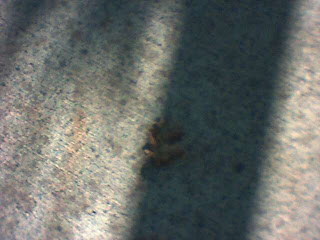 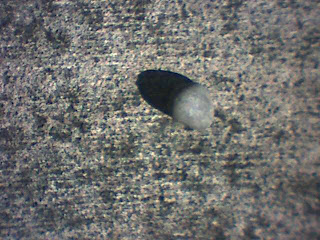 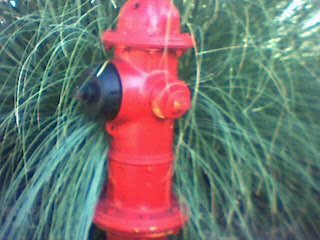 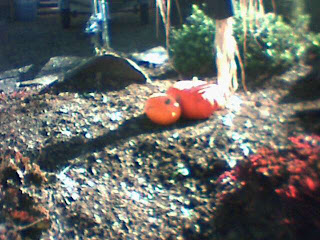 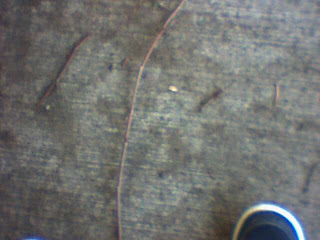 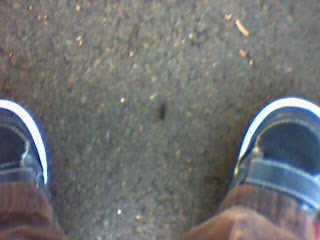 A cat or dog 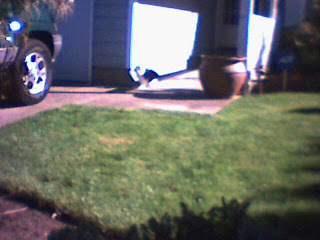 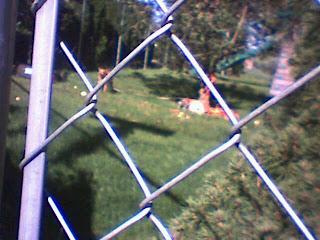 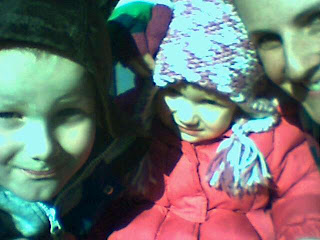 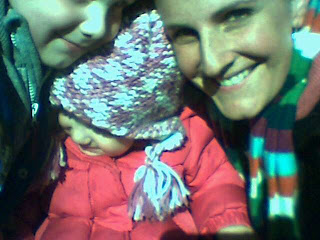