Home Uncategorized Monkey & Birdie living together in harmony
Uncategorized
If I’m to believe what I’ve been told, we’ve got another 18 years or so of my kids fighting. Even at this young age, they’ve mastered the art of driving each other nuts (and therefore driving me nuts). I don’t know if it’s universal, but I know it’s the same scenario that played out in MY house when I was growing up: little sibling brilliantly knows exactly how to annoy big sibling to the maximum level, big sibling overreacts outrageously. Repeat. Ad nausea.
*
Sydney is still just young enough that I can’t always let them “work it out” by themselves, but goodness do I try to stay out of it. She has a tendency to plant her skinny little body ON TOP of Carson, or touch him, push him, hit him, take his toy or his cup or his snack or find some other way to get his attention without words. I hear this often being screamed from the other room: “NO SYDNEY NO SYDNEY NO!” Carson then has a decibel shattering meltdown, completely inconsolable that Sydney “will want to keep my sippy cup FOR! EVER!!!!!!!!!”
*
Oy. But they also have times when they are best friends. Then I’m the one who overreacts, trying to make such a big deal about it that they will love the positive feedback and try it more often. Maybe I’ve overdone it a little too much, because anytime Carson is nice to Sydney for 5 seconds, he tells me to get the camera and take a picture of it. Kind of like evidence he can point to when I tell him he’s not being nice. “But remember that one picture? Of that one time? I am nice!” But sometimes I do take a pic because it is so stinkin’ cute. Here is proof that the Monkey and the Bird have had some happy moments. 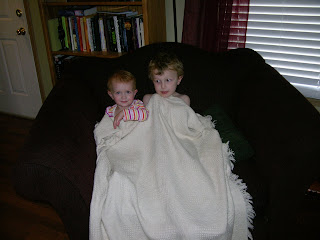 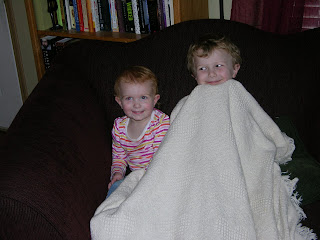 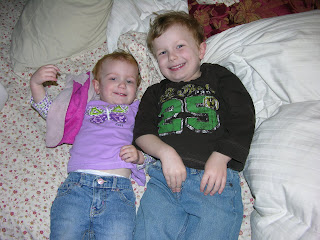 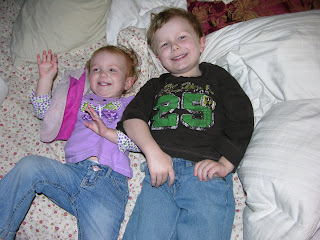 Oh look. I can tell by the clothes that this was the same day, but that Carson may have *ahem* had an accident because he’s wearing different pants. He’s reading “Germs are Not for Sharing” to her. 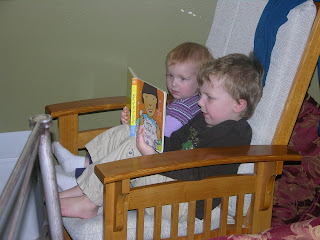 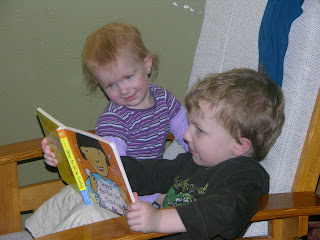 PS: Carson HAS had a haircut since these pics were taken of his shaggy mane. But evidently he hasn’t been nice to Sydney since the cut, because I don’t have a picture of the new ‘do.