Home Uncategorized Only myself to blame.
Uncategorized
Have you ever heard of this movie: 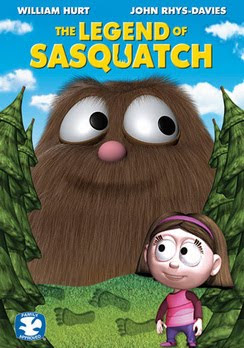 EXACTLY.
Neither had I. And now it is very likely that this crudely animated, straight-to-DVD cheapo will be mine forever after I pay $19.95! YIPPEE!
(If you’re not sensing the dripping sarcasm, you must be new here. Welcome!)

You see, I really want to blame this article I read in Parents magazine a few weeks back, about bribes and rewards. It said that if you discuss a reward with your child before entering into a tricky situation, you know BEFORE the bad behavior starts, then it can still be considered a reward. But if the discussion of the “reward” happens DURING the bad behavior, it’s really a bribe and, you know, bribes are kind of frowned upon in the parenting world. (Of course we’ve all done that too, but, you know, it’s something to strive for.)

I also want to blame American Consumerism, which affects even my angelic 4 year old. (Dear new reader: that also was sarcasm. Just making sure you are keeping up.) Because of commercials we’ve seen and the placement of oodles of Valentine’s Day candy, or fruit snacks he’s seen on television commercials, making a trip to the grocery store is always rough, and occasionally it is agonizing. Thinking I was one step of the game, I talked to Carson BEFORE we went to the store about his behavior and asking for treats. If he listened and obeyed, and asked to put only 2 things on his wish list (a very clever idea I read somewhere–he can put anything he sees on his “wish list” but we’re not buying it today. Although I’ll be screwed if he ever asks to see this list, since I haven’t written anything down and he’s asked for about 2,145 to be put on it) then we could get him a movie from Safeway’s little RedBox-Knockoff by the registers.

Speaking of, I also really want to blame Safeway’s little RedBox-Knockoff. This clever little moneymaker has plenty of new releases for adults (although they are often out of stock) but only about 3 kids movies. Their DVD sleeves are totally incompatible with RedBox and you have to park and walk into the store to return it. What was I thinking? So, from our 3 choices of kids movies, of course he didn’t want anything REMOTELY entertaining (and people, I’m admitting here that I would rather have seen “Snow Buddies”), Carson chose this ridiculous little Sasquatch flick.

I kind of want to blame Carson too for my new predicament, because he was SO EXCITED to watch this spectacle of film quality that I’m pretty sure he took the DVD out of the sleeve before we even got home. And in the craziness of unloading children, unloading groceries, changing poopy diapers, putting the new movie on so I could use said groceries to make dinner….that special little black plastic sleeve that allows me to return the Sasquatch movie has DISAPPEARED INTO THIN AIR. I have no way to return it.

But, I’m afraid when my logical, adult brain kicks in, I realize I have no one to blame but myself. All of those other entities performed their role, and I, the Director of Development and Smooth Functioning Operator of this house, has dropped the ball a bit. So, if any of you are dying to borrow The Legend of the Sasquatch, it’s all yours. Just don’t expect to hear anything about it on March 6th.