Home Uncategorized Birdie pics
Uncategorized
Sydney’s still not confident about the walking thing, but she’s getting very sure of herself with her balance and footing when she’s holding onto something. She’ll speed-crawl around the house, pull herself up on anything that does or doesn’t move, cruise around, then squat back down to crawl her next destination. 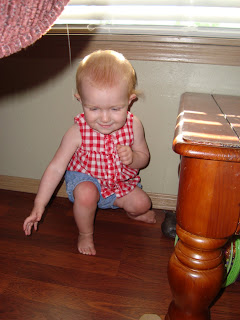 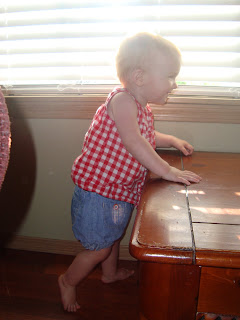 Oh, gosh, look at that weary little face and puffy eyes! Last week she had a nasty virus that manifested itself with just 2 symptoms. The first one was a high fever that lasted a good 48 hours. This pic was taken when she was still feeling pretty lousy. 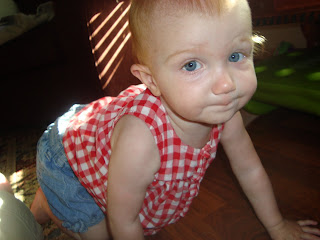 The other symptom was that after the fever was gone, she broke out in this nasty pink rash all over her body. It was so sad! The doc said because she wasn’t itching it, it probably was not an allergic reaction, just the virus running its course. You have to click on this pic to enlarge to get an idea of what it looked like. Poor baby! We were so glad to get her back to normal. 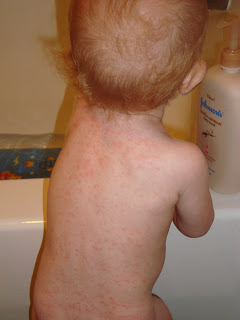 In other news, our little Bird has been going through some personality changes. She’s definitely exploring the world of toddlerhood and all its requisite attitude. During the day she is much more fussy than she used to be. I know some of you will laugh at this or completely not believe me, but she has been getting aggressive in her pouting! She’ll pinch Carson’s arm if she thinks it’s too close to her, or forcefully slap away food or drink that I offer to her if that’s not what she’s grunting for. I knew my perfect little girl wouldn’t stay so easy forever, but I’m a little sad to see that stage pass! She’s got a perfect little pout frown, which I will try to catch on film one of these days.
*
However, of course, she’s still Sydney, so she’s also extremely sweet and loveable most of the time. Here’s some precious pics of her and her doting Daddy playing with bubbles the other night. 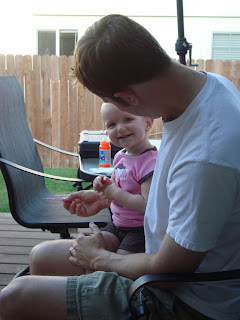 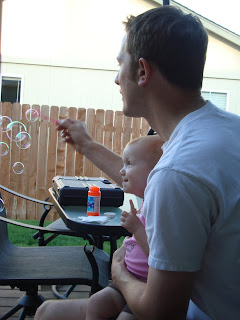 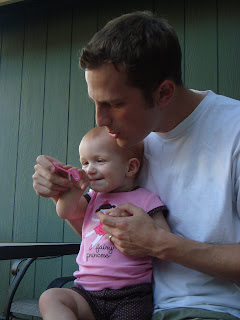 Telling Dad all about it. 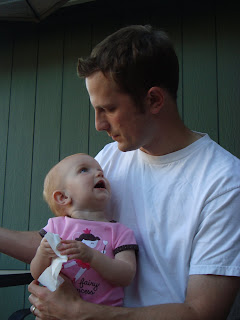 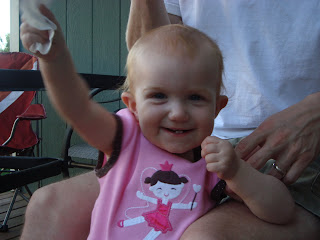 This is one morning when she got to peek in on Carson’s Curious George show. She’s clapping her approval… 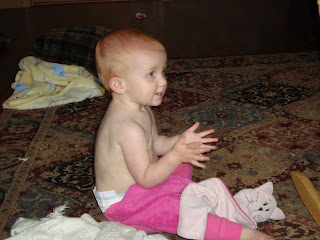 …then coming to the camera for a close-up. Love that cute face! 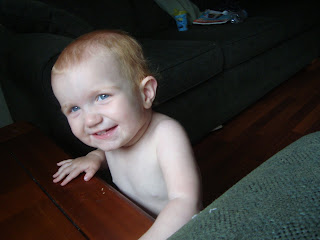