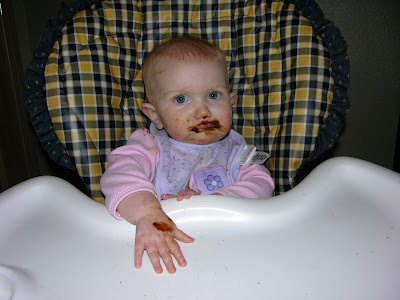 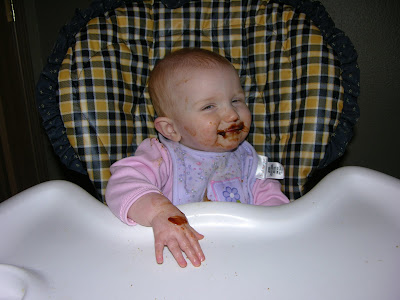 And some Carsonims:
*
At the dinner table, out of the blue…
Carson: NOBODY PANIC!
(Trent and I stop talking and just look at each other and at Carson in surprise and curiosity…)
Me: Where did you learn that?
Carson, smiling: Word World.
Trent: What does panic mean?
Carson: (thinking)
Me: What does it mean when someone panics?
Carson gets down from his chair and says: It’s when people don’t know what to do and they run around like this (he proceeds to scream and run in circles, waving his hands in the air).
Me: Actually, that’s pretty much exactly what it means!
*
Also, Carson has been interested in weddings and marriage lately, b/c his grandma showed him a video of our wedding. After we worked out that he couldn’t marry Sydney, but that he could marry Abby, and that Sydney could marry one of his boy friends, he says to me with excitement:
“Let’s call ’em right now and tell ’em!” Hello, arranged marriages!
*
Getting dressed one morning. I choose a new sweater I got for him on clearance at the Gymboree outlet.
Carson: NO, mom! Not this sweater!
Me: Why?
Carson, absolutely exasperated: Because everyone will tell me how good it looks!
© Copyright Jen Tompkins 2023. Theme by Bluchic.