Home Uncategorized Something you may not know about my husband…
Uncategorized
***warning: LOTS of pictures in this long post***
A couple years ago, I heard a Newlywed Game question: “Which of your husband’s relationships would need a deeper analysis by a psychologist: his relationship with his mother or his male friends?” This was a no-brainer for me. While Trent loves his mom, he has a serious, bewildering connection to his male college friends. When we are away from them, he will talk seriously about his affection for them, his concerns and prayers for their marriages, children and financial worries, his gratitude for their friendship, etc. But as soon as he is in the same room as one of them, they are immediately transported back to the college dorm, which many of you know is indistinguishable from the middle school boy’s locker room. Teasing is relentless, giggling at potty talk, multiple attempts to throw an object at each other’s crotch…I’m telling you, it’s like the last 10 years never happened.
*
Last week we met up with Kipp and Sarah and their little boy Tanner. We had such a good time! We saved tons of money, because Sarah had a connection to a free time share with a full kitchen, so we made all our meals and never ate out. Kipp and Trent were in classic mode from the minute we walked in. Here’s an example of typical afternoon activities. “Let’s see if Kipp can close Trent into the murphy bed?” 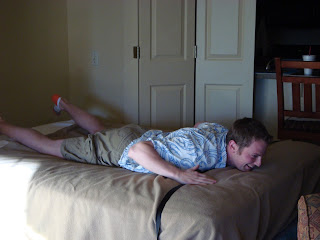 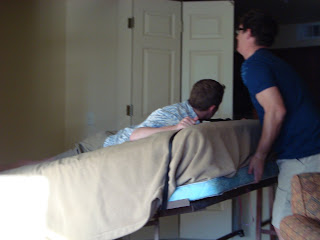 The answer is “almost.” 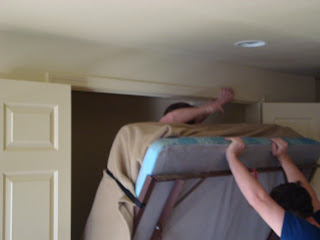 Also, they love making a competition out of EVERYTHING! Here we are at a little kid’s park, and they kept seeing who could swing higher and propel themselves further. 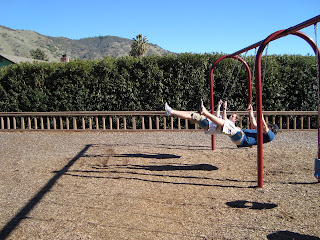 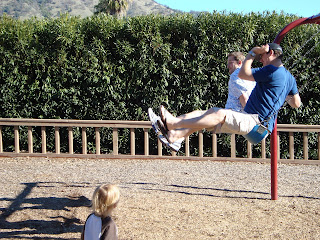 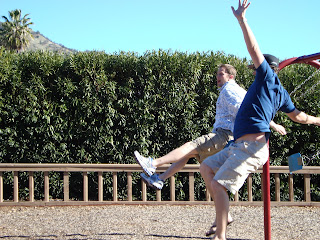 Because of their close friendship, I’m sure it made them happy to see our boys playing so well together. The age difference is about a year and a half, but Tanner and Carson had a blast and fought very little. Here they are wrestling like their daddies. 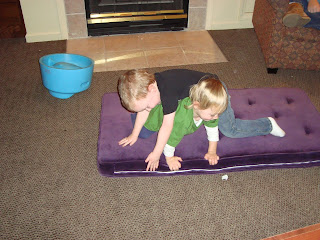 And here are the Daddies egging them on! 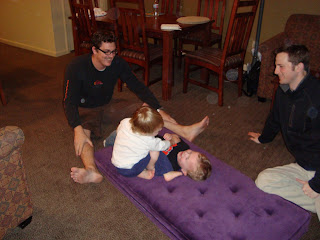 The little boys had a great time, and it was like watching little Mini-Me’s! 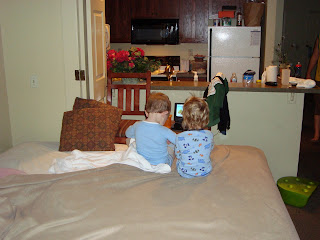 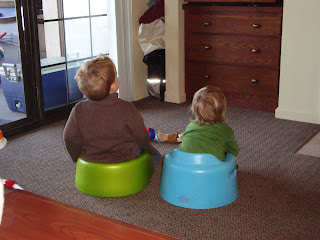 I also want to say that Trent and Kipp were Superstar Dads, and took Carson and Tanner out for all kinds of adventures while Sarah and Sydney and I relaxed, cooked and talked back at the condo. 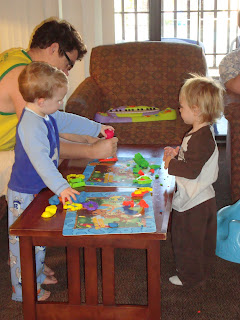 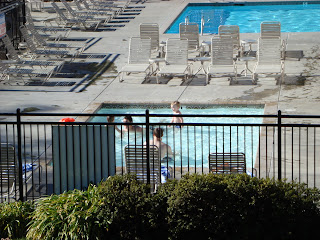 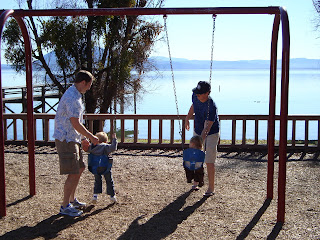 We all went on a picnic to a nearby park at the Lake. Hello?! How sweet is this? 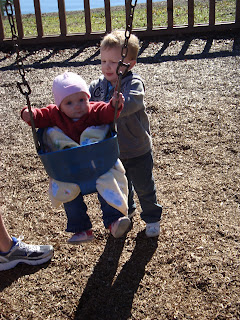 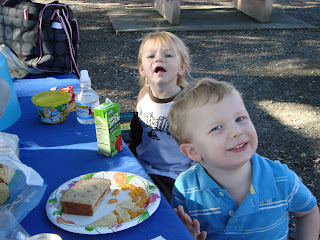 Did I mention Sarah is pretty much 9 months pregnant? She’s having her baby on Febrary 20. Her name will be Peyton Elizabeth. So cute! Sydney is excited to play with her next time! 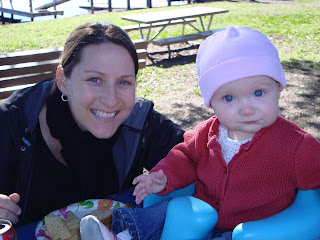 We also went to the local “town” where the main attractions were a Safeway with a Starbucks cart and a no-frills bowling alley. Preggo looks good, huh?! 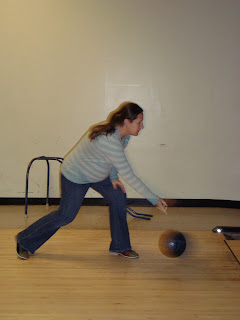 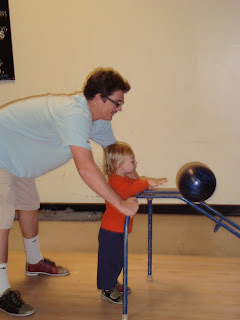 The boys also went fishing. The mommies came down to supervise and fret about the lack of lifejackets. (But the water was shallow and the dads were ready to jump in if need be.) 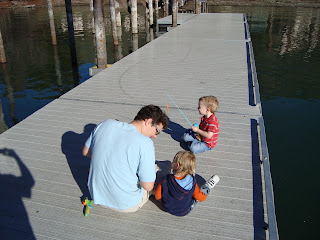 He sure looks the part, huh? 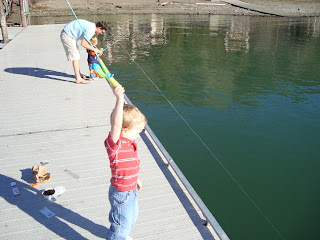 This was the gorgeous view from our balcony. We were at Clear Lake in California. It was almost exactly equal distance from our house and the Lyons’ house to meet in the middle. 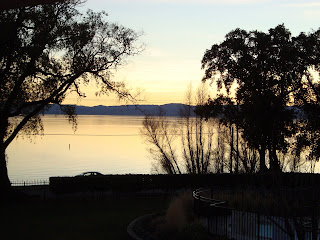 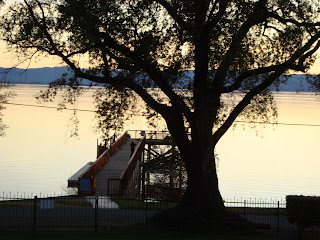 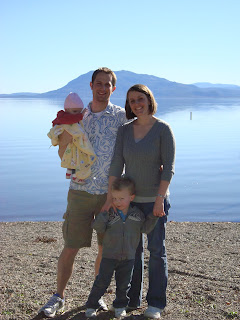 Here’s som pics of me and my sweet bird, whom I’m falling more and more in love with every day! She is crazy-sweet and mellow. 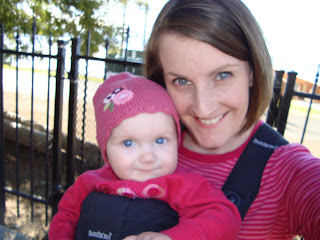 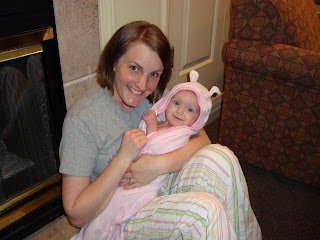 Our picnic was on Carson Street! Ha! 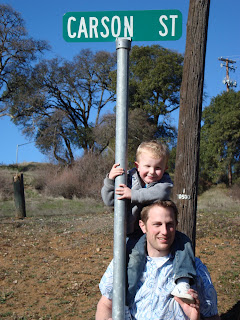 One last story. Our whole family slept in one room, which was a little sketchy, because the kids kept waking each other up. We ended up letting Sydney fall asleep in the living room with us, so that Carson could be alone while falling asleep. Well, we put him to bed and when I came back to check on him, I opened the door and saw his little legs (he doesn’t like wearing pants to bed) running across the room from the bathroom to his sleeping bag in the dark. I went over to him and even in the dark I thought I could see something on his face. Not yet old enough to be too savvy about mischief, he said, “Mom, I found something. By the toilet.” Oh, no. My mind started to wonder what kind of filth was on his face. After a few minutes of questioning and finally turning the lights on, I realized he had found my old mascara tube, which evidently did not make it all the way into the trash. He had painted his face, hands and arms with it. I couldn’t help myself. I got the camera and took this pic….even in the dark. 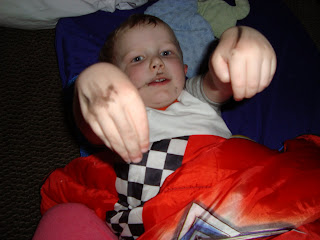 It was a great trip! You can check out more pics at Sarah’s blog. We love you guys!
© Copyright Jen Tompkins 2023. Theme by Bluchic.