Home Uncategorized California Adventure
Uncategorized
The last year that Trent and I lived in Orange County was 2001, and Disney was building and completing their new park, California Adventure. We had annual passes to Disneyland and went really often, but our passes expired in June and we were moving to Oregon in August, so we never paid the $$ to add another park to our pass, nor did we pay to go for one day. So our time there last week was the first time we got to see it. To be honest, I think we were pretty spent from the day before, so it wasn’t quite as thrilling, but we still had a really fun day. 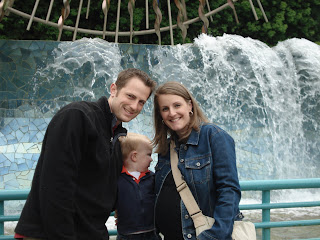 Following our success the day before, we decided to go right to the ride we knew we couldn’t miss: Monsters, Inc. I thought this was one of the most fun little kids’ rides. It never got dark and strobe-lighty, just kind of took you through the movie with Mike and Sully right next to your car. Carson usually says this was his favorite ride. 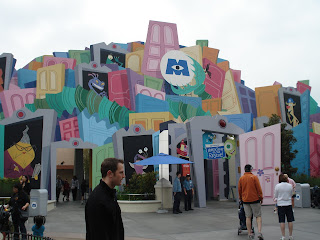 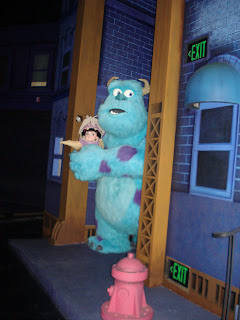 This pic was actually taken at the end of the day, when my ankles had kind of disappeared. But we wanted to remember it. 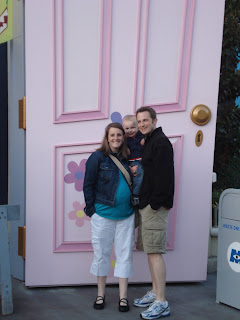 Even though most of our friends had to go back to their home state or go back to work on this Tuesday, three of the mommies joined us with their kiddos. Tiffaney and Keenan, Sarah and Tanner and Kristi with Lex and Haley. Sarah and Tanner came early with us, and they filled us in on this cool little show (right next to Monsters, Inc) that had three very talented singers doing a medley ode to Disney animation. Then at the end, Mickey, Woody and Cinderella come out. 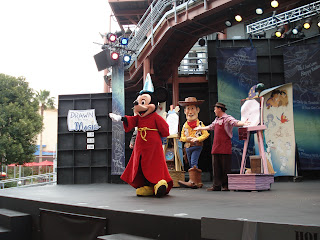 Well, most tourists don’t know that, and if they do, they don’t know where these three characters will be walking right after the show. We did! So we sat right in the front row where Woody would be. Sure enough, we cheered really loud and made a big fuss over him, and he walked right off stage to us and held Carson’s hand, walking him over to his assigned “character” spot so we could take some more pictures. Carson was stoked! Woody was really nice and spent several minutes with Carson and Tanner. 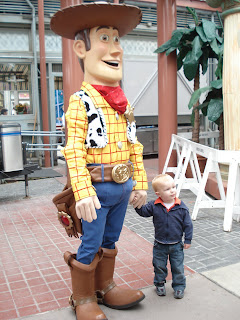 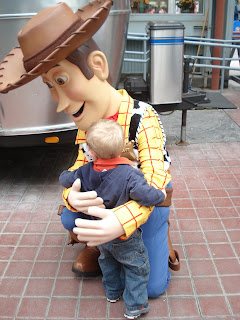 Then, high on our victory of having met Buzz and Woody in two days, we went over to the area with rides based on A Bug’s Life. These were all great rides for Carson’s age. 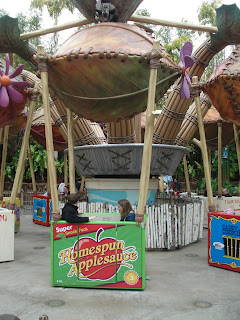 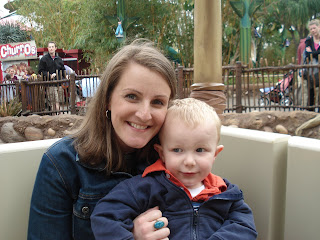 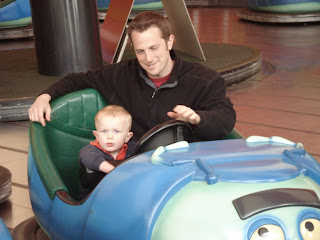 Trent was even able to sneak away and ride some of the adult rides that I couldn’t ride on. This is the Little Mermaid carousel, and unfortunately, the best pic we got of Tiff and Keenan. (Sorry, guys.) 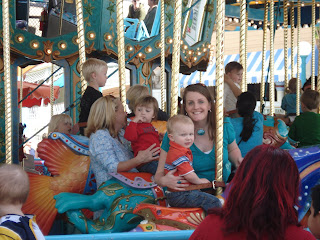 I kind of dropped the ball on a lot of pictures that afternoon–the time flew by and also I was losing steam fast. Tiff and Howie watched several of the kids so Kristi, Haley, Trent and I could ride California Soarin’, which was a totally unique and fun ride, and one of the only grown-up rides that let preggos go. Then I got my second wind when we went to see the parade, which turned out to be a Pixar parade. Again, we don’t have the Disney channel, so these Pixar movies are our bread and butter! Carson has either seen or is familiar with all these movies. The only downer was that EVERY. SINGLE. FLOAT. shot out tons of water, and it wasn’t that warm of a day.

The Incredibles (I don’t know if Carson has seen this one.) 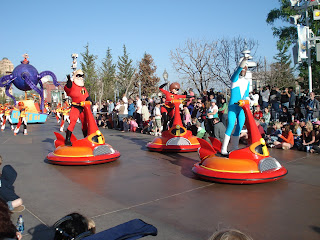 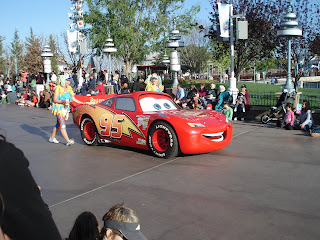 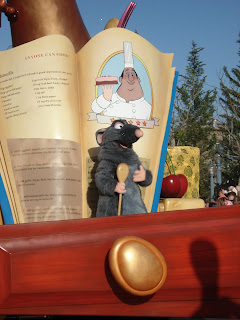 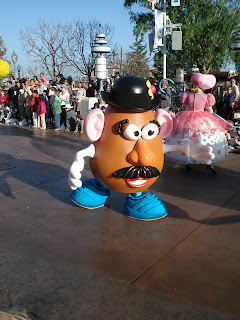 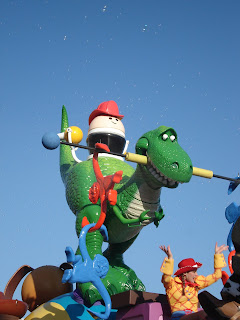 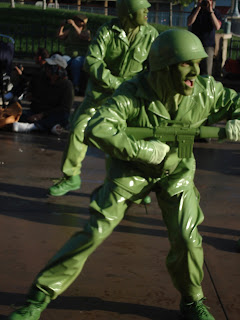 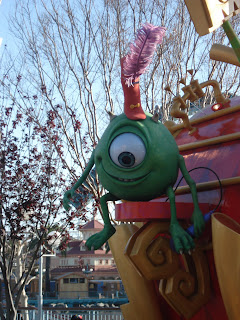 Nemo! There was one special moment that I did not get on camera. The guy controlling Nemo really seemed to be responding to people cheering in the audience. He would bring Nemo right over and down to the kids so they could say hi and even touch him. Trent took advantage and picked Carson up and started yelling for Nemo, and he came right over and paused about 10 inches from Carsons face and blinked his eyes and flapped his fins. Carson backed away a little, but smiled and then touched Nemo’s nose. It is so silly, but something like this just left us grinning, because it was so exciting for Carson. 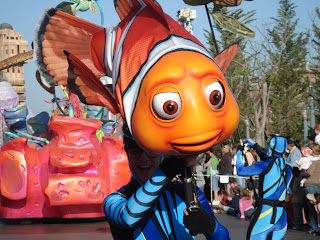 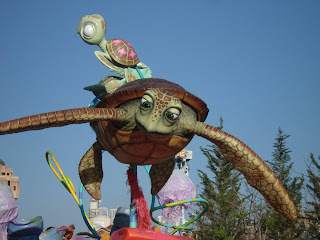 And there you have it, people. We’ve been home a week, so it’s probably time to stop with all the vacation posts. Two things I am bummed I didn’t take pics of: I got to visit with my friends the Hills and their kids were awesome entertaining Carson so the adults could talk. And also, we waited to visit my family, Ron, Leota, Nicole and GGma, until our last day of vacation, and I’m so sad that Carson was not feeling well and therefore was not his normal charming self. They adore Carson, so this was an extra bummer. We promise next time we’ll come see you guys first! I also want to give a huge shout-out to Stephanie again, who went way out of her way to finagle free Disney tix, making our fun days possible. You rock, Mama!
© Copyright Jen Tompkins 2023. Theme by Bluchic.