No, not twins. Stop asking.

SO, it’s a long story. Hang in there with me. My husband, Trent, is a physical therapist at the main hospital in town. I don’t want to use the name to try to maintain some decorum and professionalism. 🙂 He works primarily with kids, but also some adults in an out-patient setting. In the last couple of years, on top of doing his job, which he loves, he has volunteered and BEEN volunteered to do lots of extra-curricular things for his job, from serving on numerous committees to heading up the implementation of a huge new computer documentation system in his department.

Today, his BIG BOSS MAN (not supervisor, not manager, the one with the big office who reports to the VP) ‘s assistant called Trent and told him that one of Trent’s midday appointments had been cancelled and that BBMAN would like to Trent to lunch off campus. Hmmm…very curious. BBMAN and his assistant picked Trent up outside and took him to a nice restaurant for lunch.

Trent, being Trent, when asked if he had any idea what the lunch was for, made the joke, “Well, I don’t suppose you’d bring me all the way out here to fire me!” To which BBMAN replied, “Oh, no. Quite the oppossite.” They proceeded to tell Trent that he is being awarded something similar to employee of the year. My dear husband still can’t quite remember the exact title, but it is something like Service Excellence award. BBMAN tried to impart the hugeness of this award. “This is a BIG deal!” He kept saying.

There are over 3600 employees at the hospital, and only ONE gets this award each year! About 250 people are nominated by patients or colleagues, then a committee narrows the selection down to about 80, then weeds it down to about 10 finalists. From there the committee interviews and takes into consideration feedback from colleagues from his department and others, supervisors, patients, support staff, physicians, community members, etc, and choose ONE person in the WHOLE HOSPITAL to present this award. AND TRENT GOT IT!

OK, yes, I’m totally bragging on my hubby! He would never post this, even if he did have a blog, and I’m not even sure how many of his friends he would tell, so what is a big-mouthed wife to do? Also, there is an awards ceremony in about a month, and Trent is basically the guest of honor. People who have been working at the hospital for 5 years and 20 years get recognition, but his award is one of the main events. A LIMO will be picking Trent and me up to take us to the award dinner, where he will have his picture taken with the mayor and the CEO of the hospital to hang in the main hospital lobby with other winners from previous years. HELLO!?!

Anyway, I just wanted to share this proud moment. BBMAN said it was a pivotal point in his career, even better than a promotion. (That’s nice, but doesn’t a promotion come with more money?) Also, it’s never been given to someone who has been at the hospital for such a short time (about 4 years). You would think that we would celebrate this momentous day with a nice dinner out, but alas, as previously mentioned, this prestigious honor comes with no monetary compensation, just pride. So, we went to Dairy Queen and split a blizzard. That’s a little more in out budget. 🙂 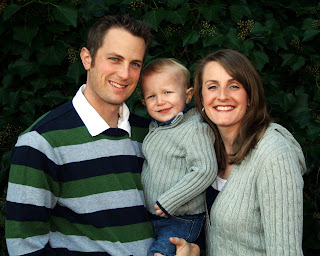