Home Uncategorized House Pics
Uncategorized
OK, I apologize, I feel like I’ve rambled on and on about the house. So, here’s the last post about it! These are some pics for our out-of-town buds until you can come visit us in person!
This is The Red Wall. It wasn’t just that we didn’t love the color. It was that it was very poorly painted. You could see brush strokes, several of the outlets were painted red, and there were red marks on the ceiling where they got a little overzealous. So, it needed to go. As reported earlier, my mom and I tackled it over two days with two coats of primer to get rid of the red. The blue tape is to mark where the nail holes were that needed to be covered. There were lots. 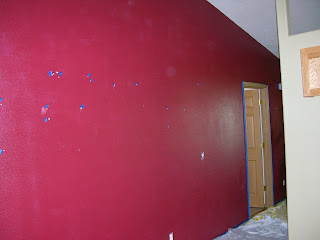 Here’s the after shot. It’s a kind of green/brown that is not exciting, but also not distracting. 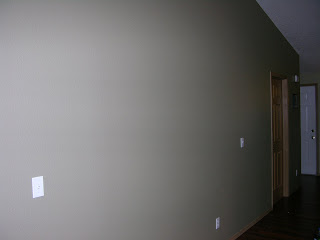 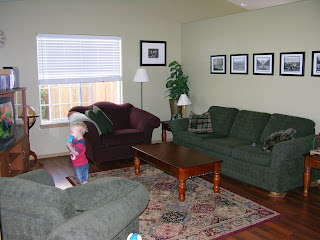 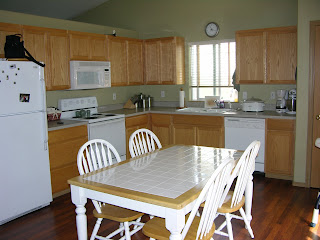 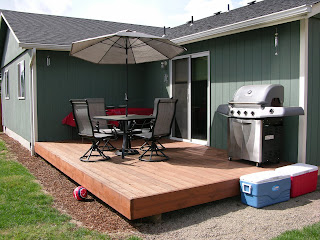 Carson’s room.
In homage to my So. Cal. days, I’m starting a surfing theme. 🙂 Nothing like a surf room for a toddler. Who lives in Oregon. 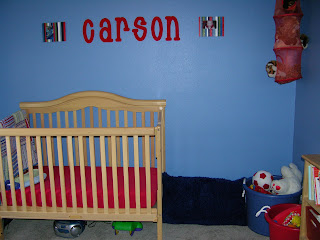 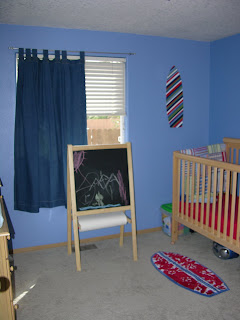