Home Uncategorized Random Pics
Uncategorized
We had a special treat last week when JJ came to town for his sister’s wedding and graced us with his presence for a bit. He graciously fulfilled Trent’s father’s day wish and left an 8×10 of one of his sexy headshots. We put the picture on the fridge, and now occasionally Carson will walk by, point and say “Day-day!” But the cutest thing was when I looked over and saw Carson holding up his sippy cup to JJ’s 2 dimensional mouth. He must have thought JJ was thirsty, I guess! We also got to hang out with Carrie a bit too, and see her adorable little boys. How was the wedding, guys? 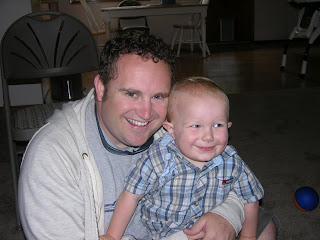 This was one of those moments where I was snapping like crazy to get a cool shot. I wish you could see his face a little better. Also, right after this, he tore a hole in the screen. Sigh. 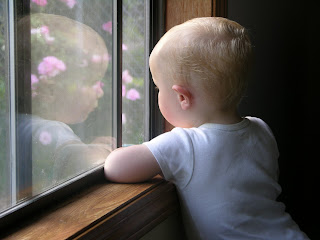 Carson is NOT what you would call “a sleeper.” There are many nights where he barely gets in 8 or 9 hours, which I hear is not normal. On this day, he fell asleep in the car earlier than I wanted him to take a nap. Usually when this happens, he wakes up when I bring him inside and set him down. But this time he was OUT! I couldn’t do anything to wake him up. It was pretty cute, actually. 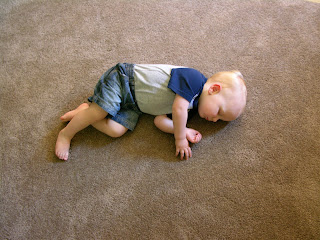 I’m sure his Daddy is so proud. Grandpa Roy calls it “booger-mining.” 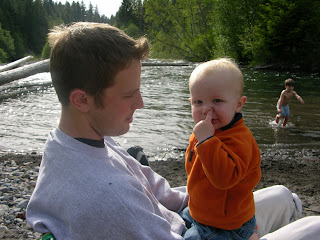